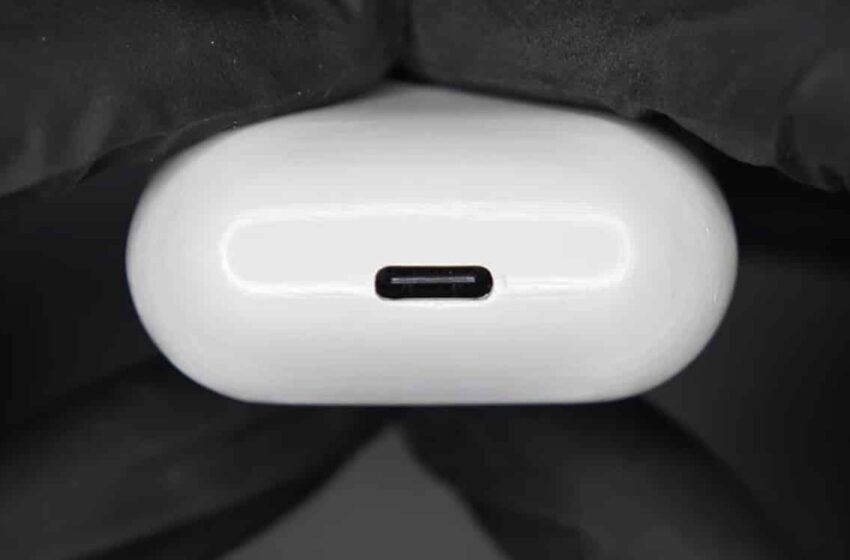 After the iPhone X, the AirPods are equipped with a USB-C port thanks to this crazy engineer

The same engineer who gave his iPhone X a USB-C port achieved the same feat this time on these AirPods. The task proved to be more complicated, as the case of the headphones had to be opened before replacing it with a personalized one. Again, these customized AirPods will be offered for sale if the project attracts some interest among users.

Apple still does not want to equip its devices with a USB-C port? Never mind, Ken Pillonel intends to do it himself. If this name means nothing to you, you probably know its most popular project: an iPhone X equipped with a USB-C port, replacing the traditional Lightning port. Shortly after, the engineer performed the reverse operation, integrating a Lightning port on a Samsung Galaxy A51.

Quite remarkably, these projects always seem to be ahead of the measures voted by the European Union in this area. Indeed, while the decision to make the USB-C port mandatory on all iPhones by 2024 has recently been official, rumors of a similar treatment for AirPods as early as next year are already circulating. As you will have understood, Ken Pillonel did not wait for the EU to render its verdict.

In his latest video, we see him tearing his hair out to try to replace the Lightning port on the headphones with a USB-C port. Indeed, the case is not easy since it is necessary to open the shell of the headphones by force. Once done, you have to print a new shell yourself, this time with the desired port, which this time has the advantage of being more easily interchangeable.

On the same subject – AirPods Pro 2: the design and the technical sheet are clarified before the launch

After this step, all that remains is to get rid of the old connectors to transform them into USB-C connectors. Ken Pillonel still encounters some difficulties before finally achieving his goal. Just like its iPhone X, its AirPods could be released in the future, if users generate enough interest. Meanwhile, the engineer has made his schematics open source for anyone who wants to try it out themselves.