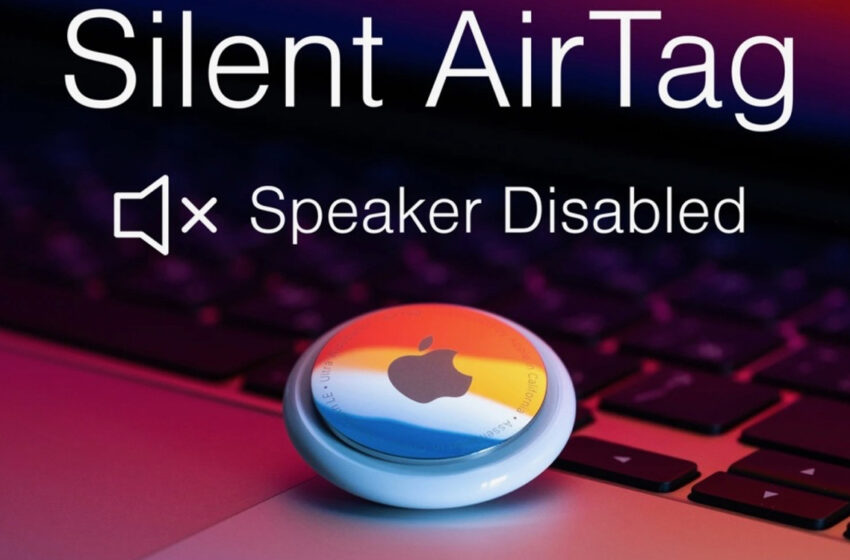 AirTags doctored to facilitate spying are being sold online

Tampered AirTags are for sale on the web. In order to prevent the bluetooth beacon from ringing, individuals have managed to remove the speakers from the tracker. These modified devices can facilitate espionage or harassment.

Early last year, Apple launched the AirTag, a Bluetooth beacon that can locate objects remotely. Thanks to the Locate application, integrated by default on iPhones, it is possible to find lost objects. For example, a user managed to recover his stolen scooter by tracking the AirTag slipped into the machine.

However, some malicious individuals use AirTags to spy on or harass others. Recently, a young woman came out of a bar and found a beacon hidden under her car to track her. According to the police, many car thieves also use trackers to facilitate their crimes.

Silent AirTags are sold on eBay

To prevent abuse, Apple has obviously implemented measures. For example, iPhones are able to detect the presence of an unknown beacon nearby. A notification then appears on the smartphone screen to alert users. It is then possible to ring the device. Separated from the iPhone with which it is paired, the beacon will also automatically start ringing after several hours. For users of a smartphone that is not an iPhone, Apple provides an Android application called Tracker Detect.

Unfortunately, individuals have managed to circumvent some of Apple’s security measures. On Etsy, an online sales site specializing in personal creations, a user was selling a modified AirTag to prevent it from ringing. In this way, this tampered beacon does not inform the victim of its presence nearby. Spotted by several Internet users on Twitter, this creation is entitled “Silent AirTag”. On sale for $77.50, it looks almost like an official Apple beacon without modification. Apparently creation is also for sale on eBay, the site for the sale of second-hand items.

“The purpose of this modification was to respond to many requests from buyers interested in installing an AirTag on their bikes, pets and power tools. Like many products around the world, there will always be a minority of people who use them for malicious activity. I launched the product without considering the negative consequences”justifies the seller, whose ad was quickly deleted. A silent AirTag is still for sale on eBay though. Bids are close to 50 euros. The seller states that “the speaker was removed by a professional”.