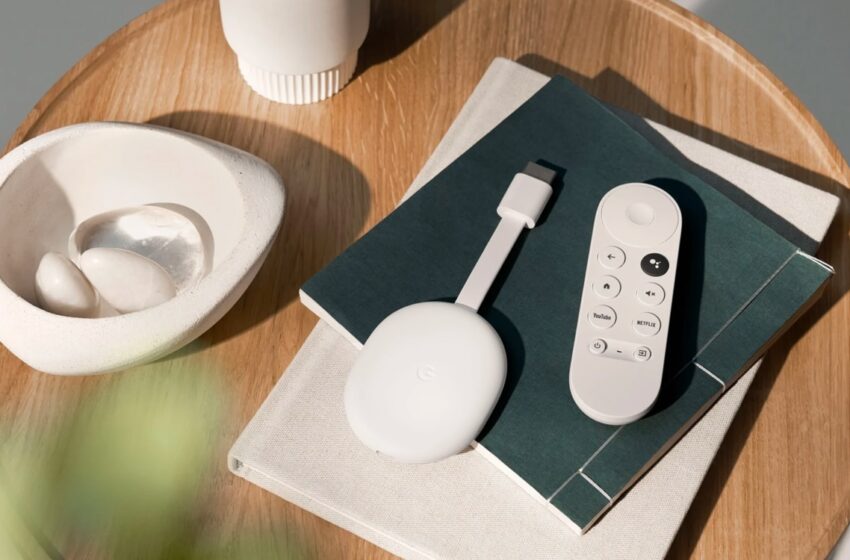 It was time for Chromecast for Google TV to update, it’s now done. After staying on Android 10 for quite a while, the device is finally getting Android 12, along with a big security update. Find the list of all the new features in this article.

In 2020, Google is launching a new Chromecast compatible with Google TV, capable of broadcasting content in 4 K. A small revolution for the time, but which has not changed much since. However, the Mountain View company has not abandoned the technology, since the latter recently launched a new, cheaper model, limited to 1080p. An update was therefore long awaited by users.

A wait that is now coming to an end, with the arrival of the STTE.220621.019.A2.9082754 build on the device. Note that this update only concerns 4 K models. Weighing 722 MB, the latter is relatively substantial since it allows the device to move from Android 10 to Android 12. just as imposing security, since it includes the July 2022 patch.

Chromecast 4K for Google TV finally gets a big update

An update that is not luxury, since the Chromecast had been content for several months with the security patch of May 2022. We will also note the arrival of some interesting features, in particular the possibility of activating and deactivating the access to the camera and microphone of the broadcast device, thus allowing you to configure the parameter to make a video call from your television.

Related: Microsoft is working on a Chromecast-style dongle to stream Xbox games to TV

Here is the full release note of the update: