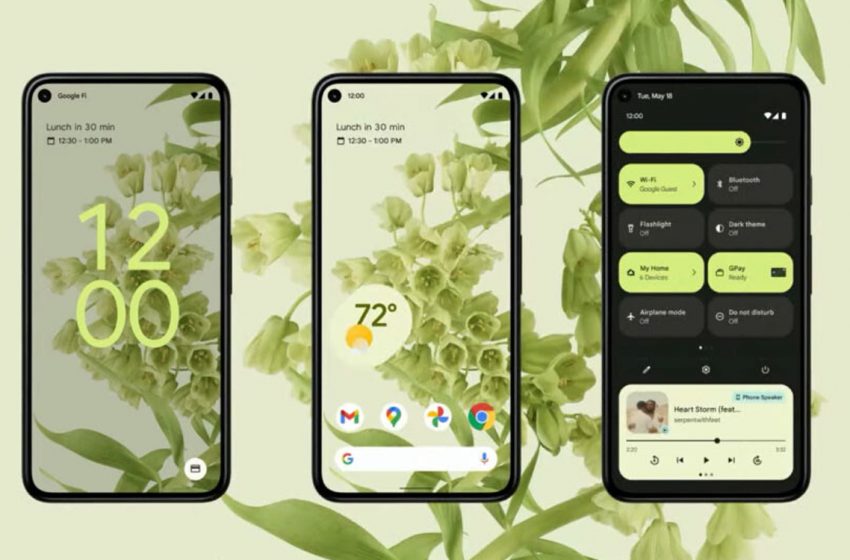 Android 12: Xiaomi, Oppo and OnePlus smartphones will be compatible with dynamic themes

Android 12 has a new customization option called “dynamic themes”. Currently reserved for Pixels, the feature will soon be offered on smartphones from other brands than Google, such as OnePlus, Xiaomi, Oppo or Sony.

With Android 12, Google has introduced a host of new features. The update notably marks the arrival of a new design called “Material You”, options dedicated to the protection of privacy, new authorizations for Bluetooth, a one-hand mode for large smartphones. and a redesign of multitasking on mobile.

Among the most popular novelties, we find dynamic themes. This feature is able to apply the main colors of the wallpaper to several elements of the Android interface, such as the quick settings panel or the status bar. This option allows users to further customize the interface of their Android smartphone.

At the moment, this dynamic theme feature is reserved for Google Pixels. But it looks like other Android manufacturers are getting ready to support this customization option. While digging into the source code of Android 12, Mishaal Rahman, former editor-in-chief of XDA Developers, discovered clues showing that some manufacturers will appropriate the so-called “Monet” functionality, in reference to the famous painter.

“Monet’s source code (the theme system based on Android 12’s wallpaper) will be released with Android 12L, but based on this code change for the Material Components library, it looks like a group of manufacturers are implementing themselves dynamic color support ”, explains Mishaal Rahman on her Twitter account. He even managed to get his hands on the identity of the manufacturers who will add the themes to their smartphones :

Please note, the rendering of the option may vary compared to Google Pixels. “The color palettes generated by manufacturers’ implementations from your wallpaper probably won’t be the same as those generated by Google’s Monet, but you will still get vibrant colors”, details Mishaal Rahman.