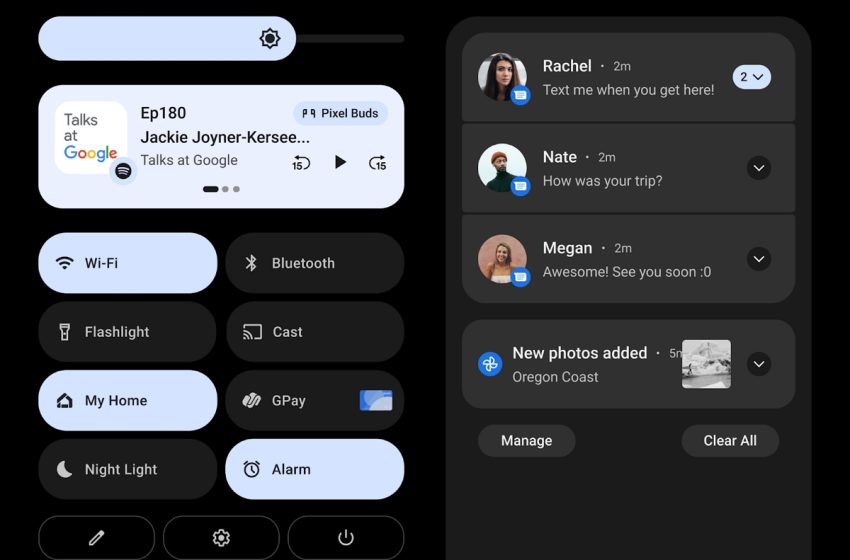 Google announces the availability of the second beta of Android 12L, the version dedicated to large screens of the operating system. It is compatible with all Pixels, except Pixel 6 and 6 Pro which will be supported quickly. Released a month after the premiere, this beta aims to correct some errors found on the interface.

Last October, Google announced a new version of Android. No, it is not Android 13. It is expected at the end of spring. This is Android 12L, a variation intended for large screens. Google believes that the traditional Android interface does not take sufficient advantage of the display surface of very large smartphones, foldable phones and tablets. And she wants to change that.

Android 12L: here are the Samsung smartphones and tablets that will receive the update

Android 12L will be rolled out to all users in the during the first quarter of 2022. That is to say before the end of March. In the meantime, Google has already planned to deploy three beta versions of the operating system in order to reduce the number of bugs. It would indeed be wise for the arrival of Android 12L not to be as chaotic as that of Android 12.

The second beta of Android 12L is available at Google

The first beta version of Android 12L was released on December 8, 2021. A month later, Google rolled out the second. It has been available on the firm’s servers since January 12, 2022. If you have already installed the previous one, you have the choice: either manually activate the download and installation, or wait to receive the notification. In both cases, it installs in OTA.

There are no new features with this second beta of Android 12L. However, it fixes several bugs that have been reported by users. This concerns in particular display errors of the interface with certain elements. Here is the list:

The new beta version of Android 12L is not spared by bugs. Google is already announcing that display of the Settings application menu does not conform to what has been developed. But a solution is already possible through the options dedicated to developers. It is of course normal that these beta versions contain errors. Google does not recommend installing it on your main smartphone.

The Pixel 6 and 6 Pro are not yet compatible, but it will come!

The list of compatible terminals is always the same. No more no less. It therefore includes the Pixel 3a, 4, 4a, 5, 5a and 6, as well as their XL, 5G and Pro versions. Note that it is not yet possible to install this beta on Pixel 6 and 6 Pro. Google says, however, that they will be compatible very soon, without further clarification. A third beta is therefore planned. It will undoubtedly arrive during the month of February.