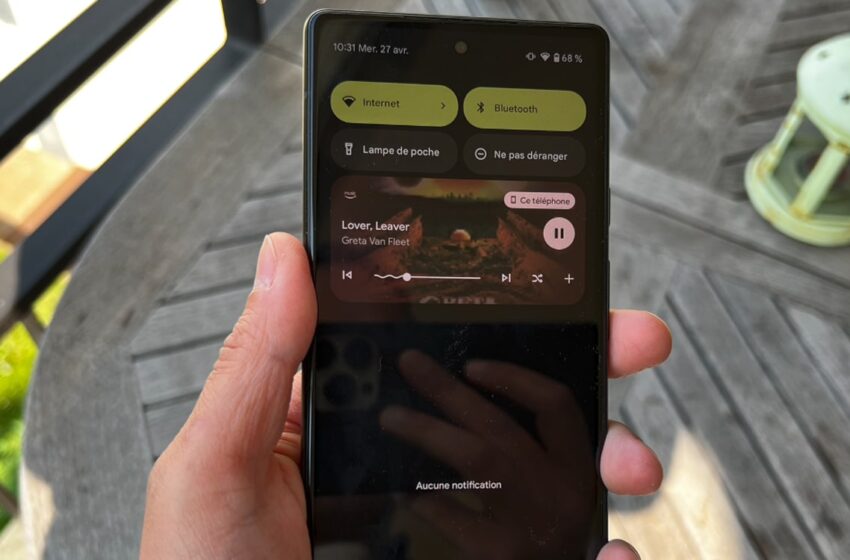 Android 13 is entitled to a slightly revised media player. This year, Google is putting on a new progress bar that highlights the already listened part of a song. We take stock of the new features of the player below.

With a little ahead of schedule, Google has just released the first public beta of Android 13. All Google Pixel users can test the new features of the update. We quickly installed the beta to discover all the new features on the menu.

Among the big changes spotted in the interface, we find a new media player. Broadly speaking, the Android 13 player is similar to that already integrated into Android 12 and others. There is the same play / pause button, the same repeat options and a heart to indicate that a song you particularly like. Google hasn’t completely changed the interface.

On the other hand, the progress bar, which indicates where a musical track is, has changed a lot. With Android 13, Google ditched the completely flat line. From now on, the section that represents the part already listened to is wavylike the tracing of cerebral activity in a medical series.

Only the part that the smartphone has not yet released is still flat. This change allows you to determine at a glance where a music track is. The novelty also makes life easier for people who want to return to a specific moment in the song.

It will also be noted that the “previous track” and “next track” icons are now relocated on either side of the media player and the progress bar. Again, this change makes it easier for the user to take quick actions.

Except surprise, this change of design should be found in the final version of the Android 13 update, the deployment of which is expected during the month of September 2022. True to its habits, Google should say more about the novelties during of the Google I/O conference, which will begin on May 11, 2022.