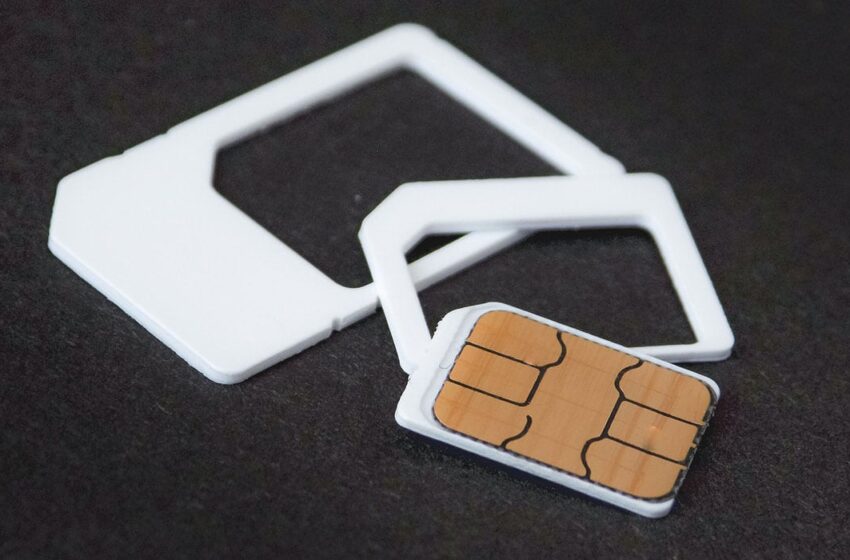 Android 13 will hasten the end of SIM cards. With the future update, Google will finally allow Android smartphones to connect to two different networks through an integrated eSIM card. This innovation should accelerate the abandonment of SIM drawers.

Several months before its deployment in final version, Android 13 continues to reveal all its secrets. By analyzing the code of the latest beta intended for developers, Mishaal Rahman, computer expert from the Esper blog, discovered a new feature that should allow Google tospeed up the abandonment of the SIM card on our smartphones.

According to him, the Mountain View giant has found a way to improve the functioning of eSIM, the technology that promises to replace physical SIM cards. For those who do not know, the eSIM can replace traditional SIM cards by getting rid of the famous drawer. This innovation allows manufacturers to save space when designing their devices.

Android 13 will show new information about the screen saver

How Android 13 will improve the eSIM?

Already integrated on several smartphones on the market, eSIM struggles to take hold in the mobile phone sector. Compared to the traditional SIM card, the eSIM suffers from several shortcomings. For example, the integrated card technology does not allow simultaneous connection to two different operators. Above all, the eSIM is not compatible with dual-SIM functionality. To connect to two different plans, it would be necessary to integrate two SIM cards, which requires a lot of space.

According to Mishaal Rahman, Google teams managed to circumvent these limitations by developing “multiple profiles enabled“. These different profiles will make it possible toenable multiple SIM profiles on a single eSIM. Concretely, it will be possible to connect to different packages offered by different telecommunications operators through a single integrated card.

“A single eSIM item can connect to two different carriers at the same time, eliminating the need to have two eSIMs or one eSIM plus a nano SIM card in order to have dual SIM functionality”details Mishaal Rahman.

Apparently, Google patented this technology in the course of 2020. After months of development, the American group is finally ready to add the solution to smartphones with Android 13. Indeed, we find “multiple references to this technology in AOSP”, the open source version of Android, says the expert. Additionally, Google has been testing the solution on Pixel devices for the past few months.

Note that Apple already allows iPhone 13s to use two eSIMs for two or more mobile plans. Under these conditions, it is rumored thatApple plans to ditch the SIM tray for good in the years to come. With the addition of this feature to Android 13, the future of traditional SIM cards seems to be getting shorter.