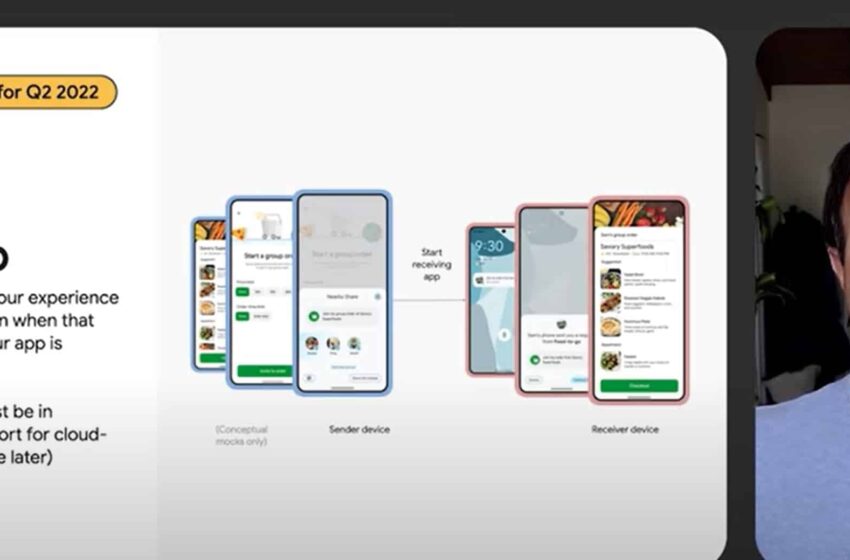 Android applications will be invited on Windows, iOS and Chrome OS

Cross-device experiences will allow an Android app or extended app interface to be used on other devices, picking up where it left off on the first device. The function will first be supported between Android devices, before extending to other platforms such as Windows, iOS and Chrome OS.

Last May, the Google I / O conference was rich in announcements, both from a hardware and software point of view, even if the event is rather oriented towards the latter. Google had presented a new feature under development, which allows resume activity on an Android application where we left it on another device, without it necessarily being under Android. The first beta version of the software development kit (SDK) for developers (Developer Preview) has just been launched.

Google makes it known that this system is based on several APIs, which have been designed to be “simple and intuitive” to exploit. The Mountain View firm explains that it chews up the work for application developers by allowing them not to have to take into account the “complexities of using device discovery, authentication, and connection protocols”in order to focus only on creating a pleasant user experience.

Continue your experience of an Android app on Windows, iOS or Chrome OS

With this SDK, Google provides developers with tools to:

For this first version of Developer Preview, Google is opening the floodgates to make Android smartphones and tablets interact with each other. In future versions, other Android devices will be compatible with this feature, as well as devices from other media, such as Chrome OS, Windows or iOS. Note that in some cases it will not be about having an Android application on a third-party device, but about enjoying an extension of experience.