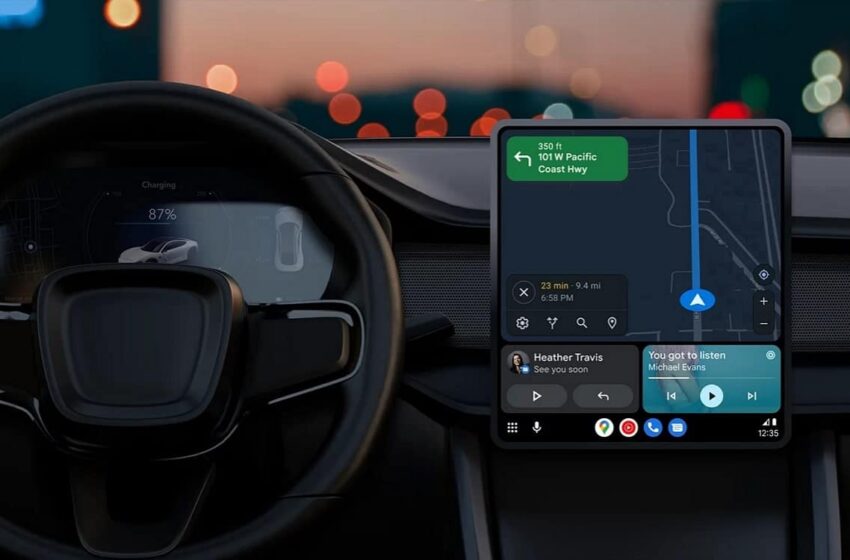 Android Auto 8.7 arrives in your cars, but without the new interface design

While Google is working on a complete overhaul of Android Auto with a new design, the update hasn’t reached many drivers so far. In the meantime, Google has rolled out a new version with fewer changes.

It’s been a year now that we know that Google is preparing to completely overhaul the design of Android Auto, its OS for connected vehicles. The testers were treated to the redesign at the end of last year, and Google even announced that it had started rolling it out as a stable version for all users in early January.

However, nearly a month later, we finally see that Google’s rollout pace has been languid, and only a few lucky users have had access to the new design weeks after the announcement. It seems like the technological giant had planned a last update a little more traditional, version 8.7.

Google is rolling out a new Android Auto update

While we expected to see the new Coolwalk interface arrive, the new 8.7 update that has just been deployed does not contain the new design. Version 8.7 seems to have removed Android Auto’s wireless toggle in settings, which makes it much more difficult for users to turn off the wireless connection. Android Auto therefore no longer has a dedicated setting for deactivating wireless mode.

Google’s rollout schedule is incredibly confusing, and the Coolwalk redesign seems to be hitting people randomly. You may be one of the lucky ones to get it soon, or you may have to wait several more weeks.

In the meantime, we will have to be content with the 8.7 update, but this removes a feature that seemed essential to Android Auto. With this switch, users could quickly disable the automatic launch of Android Auto, allowing the use of a Bluetooth connection to the car’s media receiver.

Now, since the Android Auto wireless system requires Wi-Fi and Bluetooth connections to function properly, you will therefore have to deactivate one of them to prevent a phone from connecting to the car’s on-board computer.