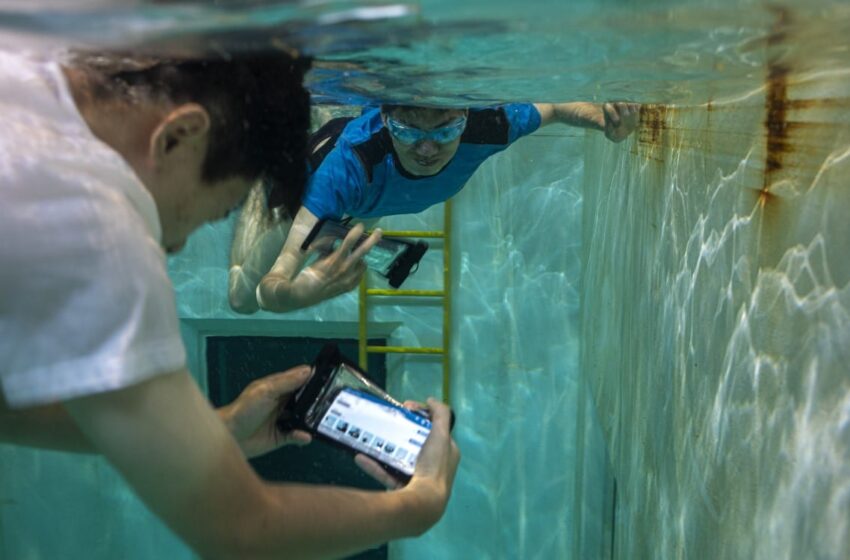 Android: Here’s how to send messages underwater using your smartphone

Computer scientists at Paul G. Allen University in Washington have just released AquaApp, the world’s first underwater messaging mobile application. This is a real technical feat due to the technology used.

AquaApp is an instant messaging application only available for Android smartphones. But it has a unique feature: it works underwater, an element known to poorly propagate the radio waves of our smartphones (their range is at best limited to a few centimeters). The designers of the application have overcome these limitations by using the microphone and speakers of our devices to send and receive messages. Indeed, in an aquatic environment, sound propagates very well.

As the academics point out when presenting their software, underwater digital acoustic communication devices existed long before AquaApp. However, the technologies used reserved their use for professionals and scientists. Here, no need for additional hardware or accessories to communicate underwater.

With AquaApp, underwater mobile messaging is accessible to the general public

Proposing a reliable messaging application that can be used in various underwater environments is a challenge. The scientists claim to have tested AquaApp in six different underwater environments, at depths ranging from 2 to 15 meters, in the presence of boats, ships and people fishing or kayaking. Their communication system adapts in real time to the different frequency responses of all types of mobile devices as well as to the various sound environments. According to them, under certain conditions, AquaApp can have a range of up to 30 meters (100 m in ideal conditions).

At first glance, AquaApp will interest scuba diving enthusiasts. The programmers integrated 240 vignettes representing the signs used by underwater enthusiasts. If you want to test AquaApp while scuba diving or in the pool, remember to put your device in a waterproof protective pouch. The app is free. Additionally, AquaApp is open source, with its code available on Github. The app works on all recent versions, including Android 12 and Android 13.

AquaApp is open source, and its code is available on Github.