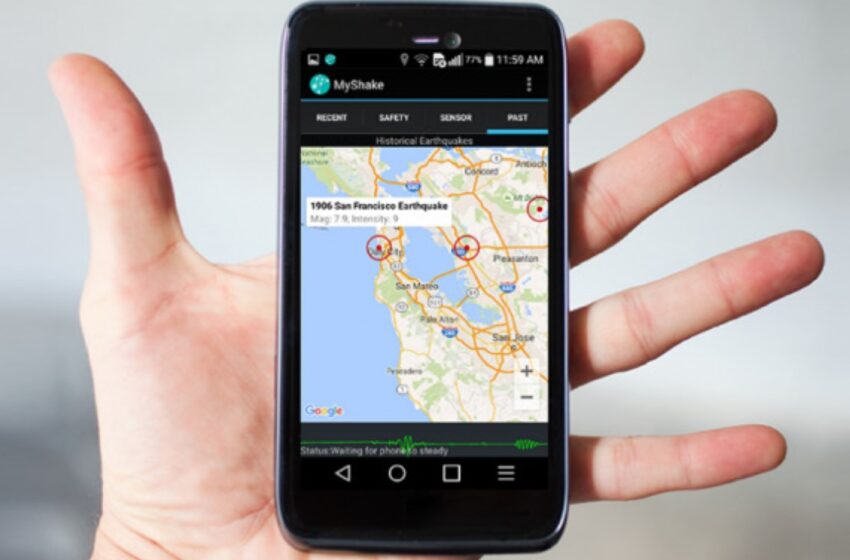 Android smartphones now alert you to earthquakes in advance, better than iPhones

ShakeAlert technology turns your Android smartphone into a real seismograph. last Tuesday, the data collected by several hundred devices running the MyShake application made it possible to launch the alert a few seconds before an earthquake in California.

We frequently talk about the health and safety features of the iPhone 14 and other Apple Watches. However, systems running Android are not left behind in terms of hazard detection. If your smartphone runs on Google’s mobile OS and has an accelerometer, it can also be used as a seismograph: in other words, he can recognize the beginnings of an earthquake and why not, save your life.

A tremor of magnitude 5.1 on the Richter scale rocked the San Francisco Bay last Tuesday. Its epicenter was located 19 kilometers east of San José. Although in the opinion of witnesses, it was not a very large earthquake, many owners of Android smartphones received an alert a few seconds before the tremors. In the opinion of scientists, this earthquake of medium magnitude announces an aftershock of a stronger magnitude in the coming days.

To benefit from a real portable earthquake detector and to be alerted of an imminent earthquake in your area, you must first download the MyShake application on your smartphone under iOS or Android, which natively integrates ShakeAlert technology, an early warning system implemented on the West Coast of the United States. In addition to collecting data from several hundred seismographs located in Oregon, California and Washington State, ShakeAlert also processes data sent by Android smartphones.

The technology developed by Google in collaboration with the University of Berkeley is currently only available in the United States. However, the scientists say that the principle of early warning will remain the same regardless of the application and the region: to benefit from it one day, in addition to downloading the application, it will be necessary to ensure constantly activate location as well as notifications. Likewise, smartphones running behind a VPN will not be able to have this service.