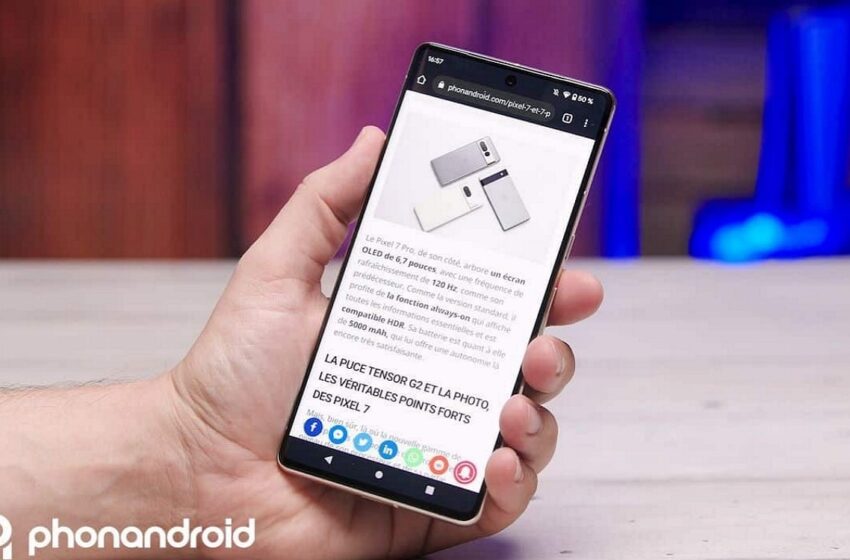 Android: the Find My Device application will soon be as effective as Apple’s

Google will soon update its Find My Device application. The Mountain View firm will soon be able to know where your smartphone is, even if it is not connected to the Internet. One way to make this feature as effective as on Samsung smartphones or iPhones.

When an Android phone is lost or stolen, it is possible to locate it using the Find My Device application. This allows you to lock it, log out of your Google account or even reset it. However, this feature has an Achilles heel: it only works if the phone is connected to the Internet. This will soon no longer be the case.

In the google december 2022 update patchnote, an interesting mention is made about Find My Device:

A somewhat barbaric formulation which means that it will be possible to know where your phone is even when he is no longer connected to the web.

Google takes inspiration from Apple for its location function

Concretely, this means that once your phone is disconnected, it will still be locatable thanks to other terminals nearby, thanks to Bluetooth. Important precision, all data will be encrypted and the phones used in this network will not be able to know the location of the Android smartphone sought. Only Google will know.

This is not a brand new feature. In fact, this technology is already used by Apple and Samsung. It remains to be seen whether the new Android application will supplant that of the Galaxy. In any case, it brings additional security to the user, and that is the most important.

At the moment, we don’t have no info on the date of the arrival of this option. Google did not communicate on it beyond the patch note. We imagine that the thing will be presented officially when it is deployed on a large scale. It could for example be included in Android 14, a new version of the OS expected for the end of 2023.