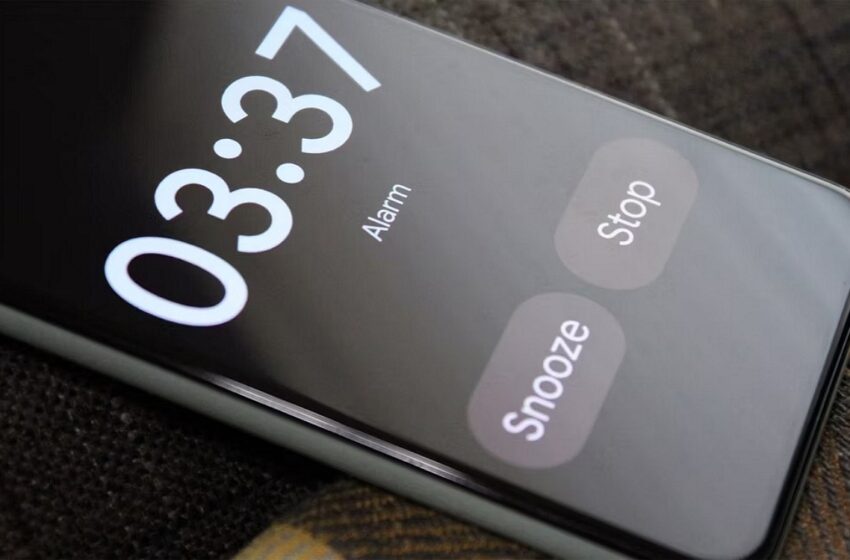 Android: the Google Clock app will make it easier to stop your alarm in the morning

The Google Clock app just got a new update, this time making it easier to silence your alarm by changing gestures with simple buttons.

Google Clock 7.4 comes with a new interface for timers, but the update also tests a change to how you turn off alarms. Until now, the timer had two buttons: one to stop the timer and the other to add a minute to the timer. The problem is that these buttons were displayed in different sizes and were aligned to the right edge of the screen.

Thanks to this new update, the timer has two similarly sized pill-shaped buttons to stop the timer and add a minute. These two buttons are also aligned in the center of the screen. The last change concerns the display of the remaining time, previously placed at the top, it is now visible in the upper left corner of the screen.

Clock modifies its buttons for the “snooze” function

While previously you had to use a slider bar to snooze and stop buttons, the new 7.4 update brings a significant change to how you stop your alarms. Now the app shows two buttons to stop or silence the alarm. These are also very large, so you don’t have to look for it long if your alarm goes off.

Note that it turns out that the button interface only appears if you have enabled at least one accessibility setting. So if you want to get the snooze and swipe-clear commands back, head to the Accessibility menu in Android’s system settings and turn off all the enabled options.

It is recalled that in the previous version 7.3, the application now allows you to record your own alarm and timer sounds. Previously, you could set custom audio recordings, but you had to copy the files using a file manager app and then add them using the alarm sound settings. Now it is possible to record sounds directly in the Clock application.