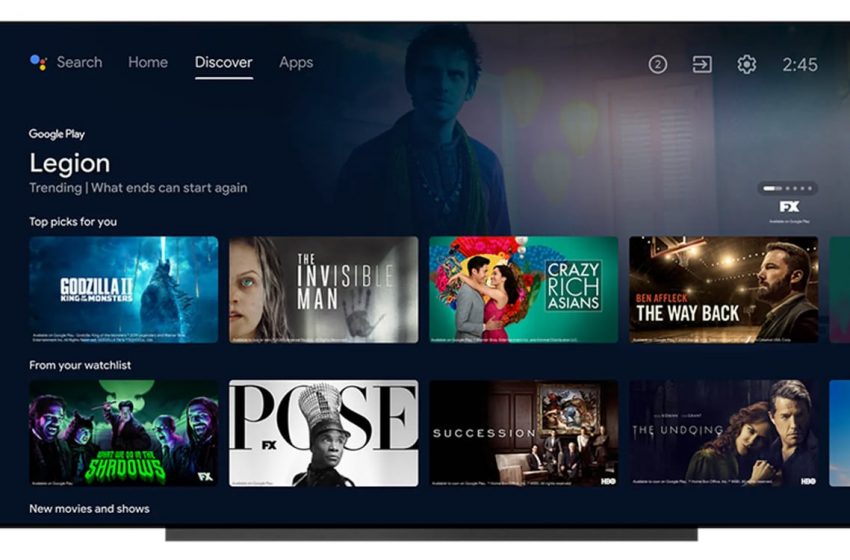 The Android TV interface is getting closer and closer to Google TV. The latter’s recommendation tools are gradually arriving within the former. And it is possible to improve these recommendations, from the TV or another device connected to your Google Account. Finally, the trailers are now launched automatically.

In 2020, Google decided to modernize Android TV. More interactivity. More personalization. New ways to promote content. From this modernization work, the firm created Google TV, the new interface for televisions and digital decoders. The first product equipped is the latest generation of the Chromecast. But we were also able to dissect it during the test of Sony’s Bravia XR A90J.

The arrival of Google TV means that no new model will ship Android TV. However, all previous released home devices still work on the old interface. And fortunately, Google is not forgetting them. The Mountain View firm modernizes Android TV regularly. The third beta of Android 12 for TV was announced last week, along with Android 12 beta 3 for mobile.

The two interfaces therefore evolve in parallel. And Android TV obviously benefits from the new features of Google TV. The proof is this week: Google pushes an update that brings to Android TV Google TV personalized recommendation tools. Concretely, this means that you have more control over the recommendations sent by Android TV in the “For you” tab. A new tool appears in the interface. This allows you to add movies and series to a list. Android TV then relies on this list to suggest new content..

You can add titles from the Android TV interface, but also from another product connected to your Google account, using Google search or the application Google TV on your smartphone. And it doesn’t stop there. Like Google TV, Android TV offers the user the ability to refine recommendations by removing some recommendations from the main interface or from the settings menu. Last change, Android TV will now automatically launch the trailers of the films for which you are watching the file. It is of course possible to deactivate this function.