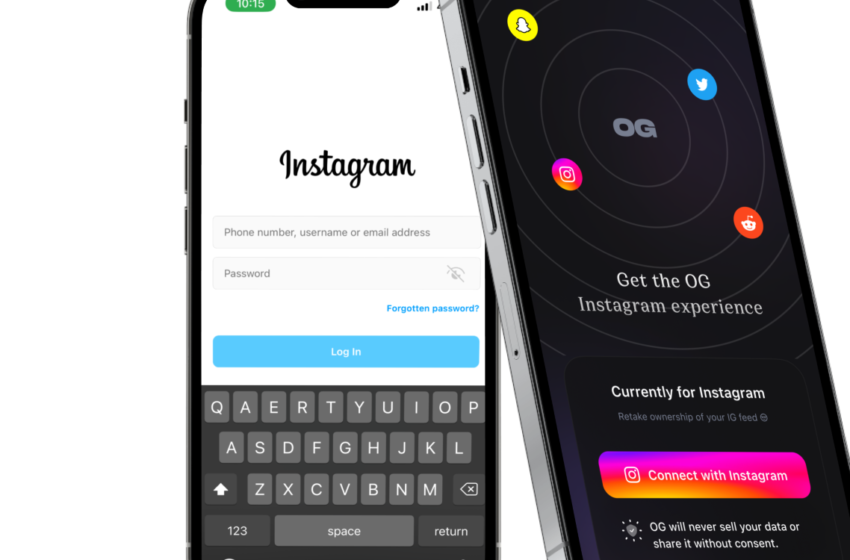 The OG App was removed from the App Store a day after its launch. Apple and Instagram accuse it of violating Meta’s policy regarding clones of the company’s sites and services.

Apple retired a mobile app named The OG App of its Store less than a day after its official launch. Worse still, the devs said their entire team was definitely banned from Facebook and Instagram because of their connection to the service. With 500 million active users per day, we can say that Instagram is a juggernaut of social networks. The company’s engineers are constantly making changes to the influencer’s favorite tool.

To read : Instagram will block nude photos in messages, goodbye perverts in MP

More ads, always more distractions, everything is done to make people stay longer in the application. To the dismay of users who do not like these changes and who would most often like to return to a simpler experience. OG App offers to filter the content of your Instagram feed, create personalized feeds, and remove advertisements, Reels, Stories and other suggestions. In summary, the mobile application for Android and iOS offers to relive the Instagram experience as its first users were able to experience it when the service was launched, twelve years ago.

Apple probably has removed The OG App from the Store at the request of Meta, owner of Instagram. The social network confirms that it has taken action against this new app which, it must be said, is walking on its toes. Meta’s policy prohibits sites that reproduce, in whole or in part, the content of an existing site, Instagram in this case. The risk for the latter is to lose users on the official application and therefore revenue.

Note that The OG App is still available on Android, and that developers are asking users of iOS devices to put themselves on the waiting list. So they haven’t given up hope of one day returning to the Apple Store. The idea is beautiful and commendable, the hilarious testimonials on the developers’ site abound in this sense: “I am distracted by social networks all day long, they prevent me from doing my homework. They prevent me from reaching my true potential in life”. But when the developers of The OG App themselves confess to having reverse engineered Instagram’s API on Android to program their application, we understand that the future of their service is, rightly, strongly compromised.