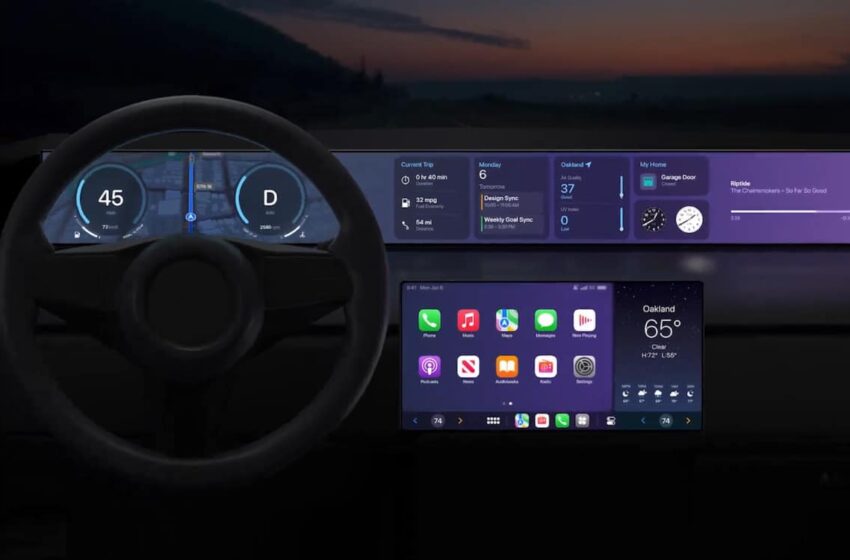 Apple Car would launch under $100,000 with a steering wheel, but without self-driving

We have been talking about the arrival of an electric car from Apple for several years now, and we now know a little more about it. Reports have confirmed its price bracket, but also the lack of self-driving.

After first debuting Project Titan in 2014, Apple’s electric car has seen many delays and changes in design philosophy. Apple was rumored to be planning to launch a self-driving car, possibly as early as 2025. However, according to a new report from Bloomberg’s Mark Gurman, the company had to revise its plans.

From now on, the car will not be as autonomous as we had hoped. The journalist announces that as part of a ” significant change for the project, Apple opted for a “ less ambitious design that will include a steering wheel and pedals and will only support full autonomous capabilities on highways “. Apple therefore does not seem ready to compete with Tesla, the leader in the field.

In addition to clarifying the situation around autonomous driving, the Mark Gurman also gave an idea of ​​the price of the car. Quoting people with knowledge of Apple’s car project, which would involve 1,000 employees across four sites in three countriess, Gurman said the company was aiming to sell the car for “ less than $100,000 “, while the previous figure was estimated at around 120,000 dollars.

This would place the vehicle directly opposite the Tesla Model S, which is currently priced slightly above $100,000. Despite its slightly higher price, the latter will have the advantage of offering much more interesting driving assistance than the Apple Car.

In terms of vehicle features, the Apple Car would be equipped with a powerful on-board computer with an internal code name, Denali. Bloomberg reports that the Denali featuresa processor that performs on par with four of Apple’s highest-end Mac chips combined. This processor is ready for production, but Apple could tone down the characteristics before the launch of the electric vehicle in order to reduce costs.

It’s also rumored that the EV will come with cloud-based AI processing capability, with the iPhone maker paying Amazon Web Services $125 million a year for the hosting service. Finally, the Apple Car should rely on a large number of sensors for navigation, including a LiDAR system, radar and cameras.