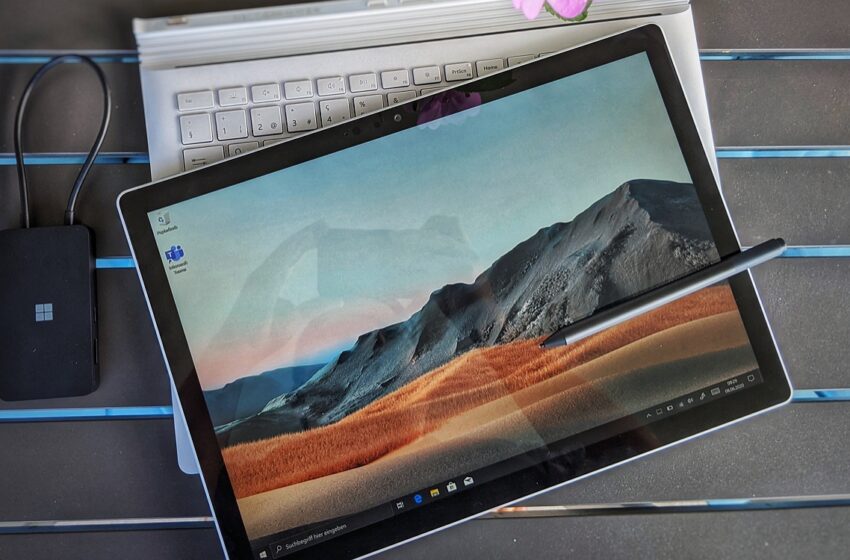 Apple could copy Microsoft and create its own Surface Book

It looks like Apple is thinking about how it could merge the experiences of MacBook and iPad users into a single device, like Microsoft’s Surface Books.

While Microsoft ended its Surface Book line by launching its new Surface Laptop Studio, Apple could follow in its competitor’s footsteps and release a product that’s quite similar, or at least an iPad accessory that looks like it. After using an M1 chip in its tablets, Apple would therefore again seek to make the iPad and MacBook experience even more similar.

As Patently Apple points out, the US Patent and Trademark Office has issued a new Apple patent. He describes a ” hinged keyboard accessory having multiple installation modes for a tablet computing device “. According to the patent, this accessory could include one or more input devices (keyboard, trackpad) that would work with a tablet, as well as a ” coupling mechanism which could include space to store a stylus.

Read also : Apple would work on a foldable iPad convertible into a MacBook

Apple already offers a Magic Keyboard for the iPad Pro since 2020but the company would also work on a device with a traditional keyboard closer to that of the Microsoft Surface Book 3 that we were able to test.

Indeed, according to Apple’s patent, the hinge allows an iPad-like device to couple to a keyboard accessory by inserting into a magnetic element that holds the device in place. Unlike the Magic Keyboard which uses Bluetooth technology, Apple’s new keyboard would this time be connected to the iPad thanks to its hingeas is the case with Microsoft’s Surface Books.

The hinge would even have its own help screen which could display certain indications such as a personalized message, remaining battery life, date or time. Apple describes several iterations of this detachable concept, each of which gives users the ability to place the iPad in different orientations. For its part, the keyboard would use electromechanical keys.

A magnetic element would also be present to attach an Apple Pencil stylusand a connection interface can support accessories such as a camera, a projector, a microphone or even a light.