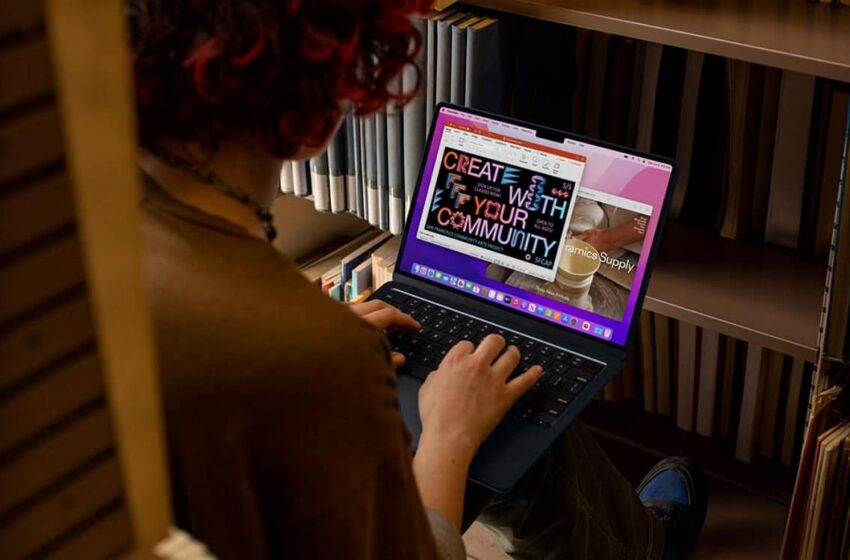 After several weeks of waiting, Apple has finally confirmed the imminent launch of its MacBook Air M2. Presented almost a month ago at the WWDC 2022 conference, the MacBook Air M2 will finally be available for pre-order tomorrow.

Almost a month after its announcement, the MacBook Air M2 is finally ready to be delivered to the most impatient Apple fans. This time, the wait was relatively long because Apple has been forced to extend delivery times due to the COVID-19 pandemicwhich paralyzed its factories in China.

Indeed, chaos gripped Apple’s Quanta factory in Shanghai when employees protested and even tried to flee the factory to return home. These protest movements have greatly impacted production ratesand therefore prevented Apple from announcing a release date from the day of the presentation of the device.

The manufacturer has finally officially announced that people interested in buying this new laptop with an M2 chip will be able to order via the official Apple online store from Friday, July 8 at 2 p.m. The first orders will then be delivered from Friday 15 July, a week later. The source of our colleagues from MacRumors had therefore been right, since it had already announced the same dates a week ago.

As Apple is currently facing issues on its production line, we can only advise interested customers to order a copy as soon as possible, at the risk of seeing delivery times lengthen. A few days ago, you had to wait more than two months before receiving a 14 or 16 inch MacBook Pro.