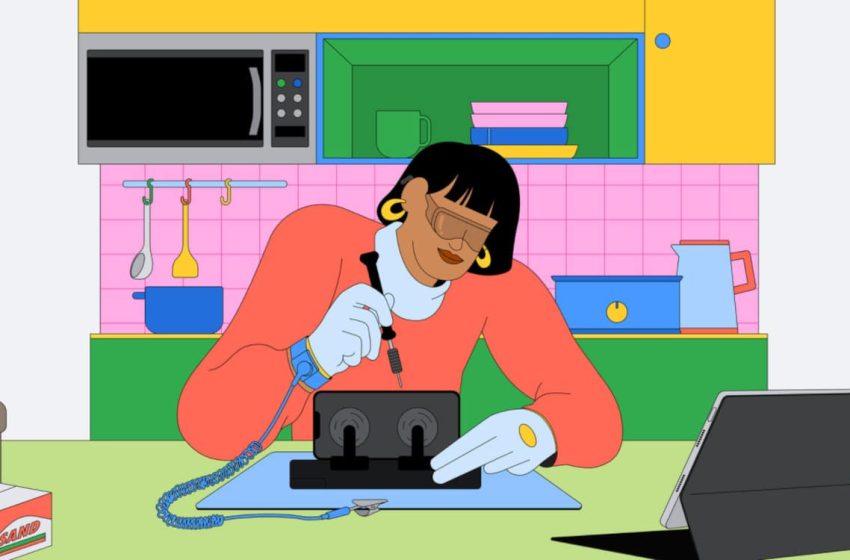 Apple finally sells spare parts to repair your iPhone yourself

Apple will allow its customers to repair their iPhones themselves. The firm will thus sell spare parts and adequate tools. All repair assistance documents will also be made available. The iPhone 12 and 13 will be the first to be affected. Macs with M1 processors will follow next. The service will launch in the United States in early 2022 and expand worldwide thereafter.

Apple’s policy on repairing iPhones and Macs is very strict. If you want to keep your warranty, you must go through a Genius Bar or an authorized repairer. Otherwise, you risk not only voiding the warranty, but also blocking the device. This was particularly the case with screens: only an authorized repairer was authorized to change a screen without blocking Face ID. But just recently, Apple finally agreed to give third-party repairers the option of changing a slab.

However, accessing an approved repair area or a Genius Bar is not necessarily easy. First, the prices are quite high. Next, demand is strong, because many users have invested in an electronic device since the start of the health crisis. This reduces availability. Finally, because there is a strong demand, repair times are longer. And users don’t necessarily have time to wait.

Apple will sell spare parts that each customer repairs their iPhone

Faced with this, Apple has decided to launch a new offer: Self Service Repair. Through this initiative, Apple wants to provide all consumers with the ability to repair their products. This means that the Cupertino company will start selling spare parts for some of its products, the tools necessary to carry out the operation and provide documents to help users repair their mobile or their computer.

A new store will therefore open. From the outset, it will identify more than 200 spare parts and tools to make a repair. These spare parts will cover three areas initially: battery, screen and camera. Two product lines will be targeted: iPhone 12 and iPhone 13. Eight smartphones in total.

The firm has already announced that the initiative will soon be extended to all Macs equipped with a chip Apple M1 (Macbook Pro, Macbook Air, Mac Mini and iMac). This service will be launched in early 2022. Initially, only the United States will be affected. But, Apple confirms that the service will be extended all over the world throughout the next year.

This is obviously a big step for the company, which until now refused to let users repair their smartphones, tablets or computers outside the box. Tomorrow, anyone can become an Apple repairer. Provided, of course, to buy original parts. The underlying idea being at the same time minimize the market for adaptable spare parts which completely escapes the control of the firm… and which reduces its turnover.