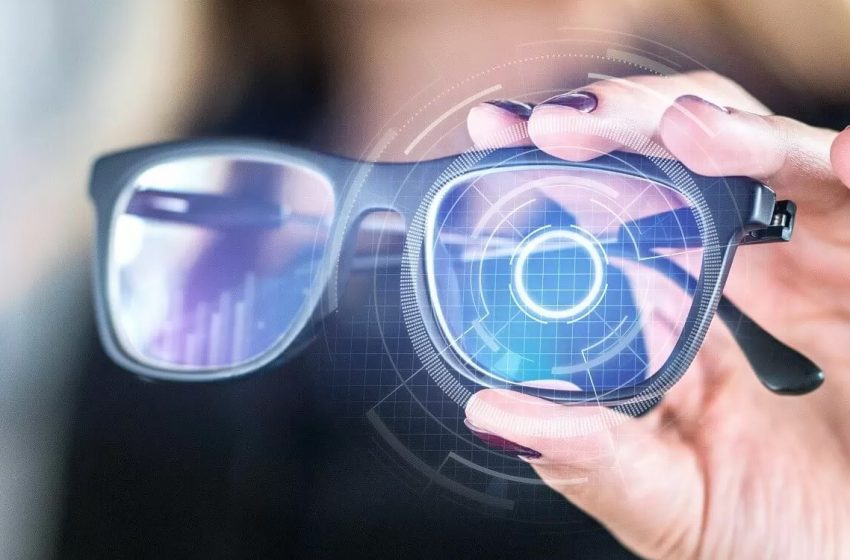 Apple Glass would be able to prevent curious eyes from spying on your iPhone screen. According to a patent, Apple is developing technology that can obscure certain elements of the screen from outside view. To see these elements, it is imperative to have a pair of connected glasses in front of the eyes. Explanations.

Apple has filed a new patent with the US Patent and Trademark Office. The patent describes a “privacy glasses” technology. Concretely, a user will have to wear these glasses for see some of the information displayed on your iPhone screen. Without the pair of glasses in front of their eyes, other users will not see the elements on the smartphone screen.

This feature is intended to protect the privacy and privacy of iPhone users. According to the description included in the patent, iPhone users sometimes want view private information on their screen in public. Under these conditions, users do not appreciate curious looks watching what is happening over their shoulders.

On the same theme: Apple Glass could project the screen directly onto your retina

“In some usage modes, a user may interact with the calibration graph to intentionally blur the graphical output presented on the device (iPhone) screen. If a user wants privacy or doesn’t want someone nearby viewing what is presented on the screen, they can interact with the calibration graph to make the graph output unreadable ”, explains the patent. De facto, the only person who can use the iPhone once the privacy mode is activated is the wearer of the glasses.

Obviously, everything suggests that this technology dedicated to the protection of privacy could be integrated into future Apple Glass, connected glasses for augmented reality. According to the latest information on the web, Apple should announce the glasses during the second half of 2022. However, it will be recalled that nothing indicates that Apple really intends to exploit this technology. It’s common for the Silicon Valley giant to patent technologies without ever implementing them into products, only to secure their inventions and prevent other companies from exploiting them.