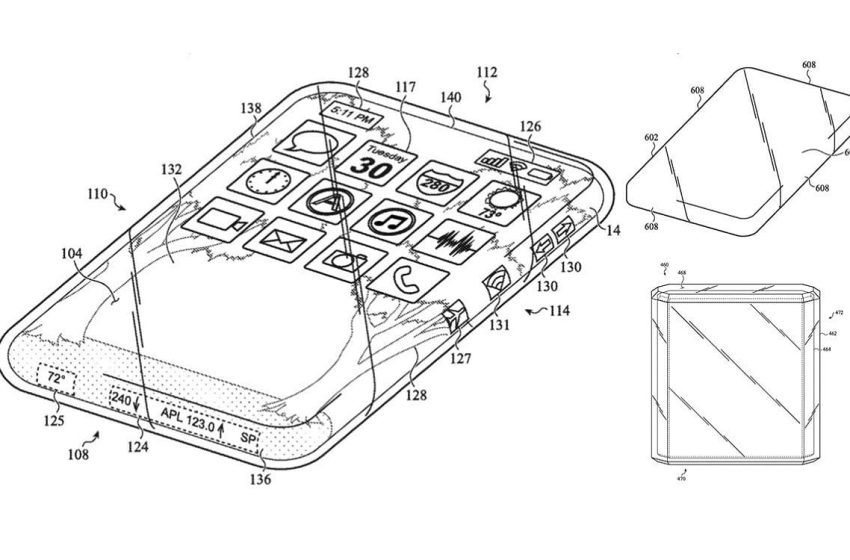 Apple could unveil in a few years an iPhone unlike any other, since it would only be made of a single block of glass. A patent filed by the manufacturer tells us more about the device.

A new patent from the American giant dated November 16, 2021 unveils designs for all-glass Apple products, including an iPhone, an Apple Watch and a Mac Pro. The glass iPhone is described as a ” electronic device with a glass housing “. Since the device offers glass edges on all sides, the screen could also overflow on the edges, and even on the back of the smartphone.

This would allow the physical pimples to disappear, and to be replaced by virtual buttons. A few can be seen in the patent images, including those that enable airplane mode, wi-fi activation, and volume controls.

To read also : The iPhone 14 Pro is revealed in a new video months before the keynote

Apple wants to make an iPhone with screens on all sides

We also discover how the glass can be curved, tapered and layered to create an all-glass case, with slots for components such as speakers and microphones. However, the most important element is probably the fact that Apple wants to make an iPhone. able to display content on all sides.

It reminds us a lot of the concept of Xiaomi and its four-sided curved display, but it couldn’t display content on the back. Since this is a patent, it is worth remembering thatthis type of device may never see the light of day, this just indicates that Apple is exploring this avenue for future smartphones. Apple released other weird patents in 2021, such as adopting the “cheese grater” design for the iPhone.