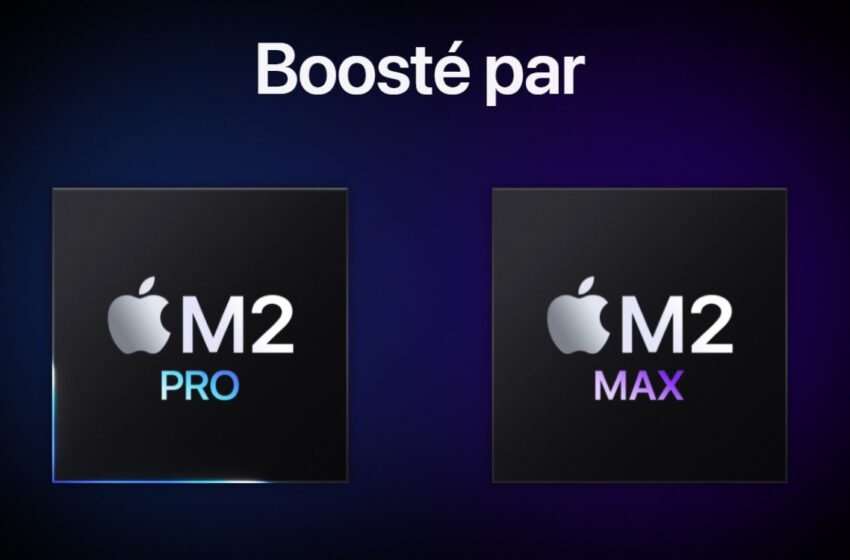 If, as Apple claims, “the new MacBook Pros deliver up to six times the performance of the fastest Intel-based MacBook Pro,” that’s a lot thanks to the M2 Pro chips and the new M2 Max. generation.

The Apple Silicon M2 Pro and M2 Max processors are aptly named. Their specifications are made for meet the needs of users wishing to get the most out of their computer.

The M2 Pro chip is found not only in the new 14″ and 16″ MacBook Pro, but also in the new Mac Mini. The M2 Max version is only available in MacBook Pros. The MacBook Air released in 2020 is therefore the last laptop with an M1 processor in Apple’s catalog. The transition to “all M2” is almost complete.

The M2 Pro and M2 Max chips are particularly intended for graphic designers and other editors. His performance is 40% better than the M1 Pro, even 80% to an Intel i9 processor, on Photoshop. A 16” MacBook Pro M2 Max is 30% faster in graphics processing than the M1 Max version.

Apple emphasizes performance, of course, but also energy efficiency. In the Cupertino company’s own words, “its market-leading performance per watt makes it the most powerful and energy-efficient chip ever in a laptop professional”. This remains, of course, to be verified, but the company claims that its computers will be able to hold up to 10 p.m. away from a socket.