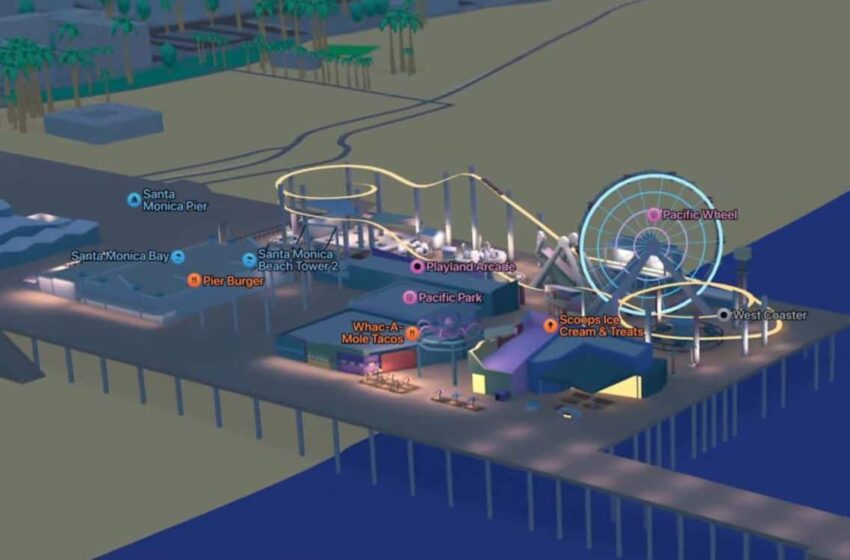 Apple Maps gets a makeover with 3D cities

At WWDC, Apple presented the new features of its Maps application. This year, the package was put on ease of use, but also on the graphic aspect. Some American cities, for example, inherit a revised and corrected design with iconic 3D buildings.

Apple Plans was invited to the opening conference of WWDC, the Apple event dedicated to developers. The mapping application presented its novelties, with for example the arrival of a new graphic charter for certain cities.

Thus, the important buildings will be presented with 3D modeling. Los Angeles or Las Vegas will benefit from this treatment (the only two cities covered for the moment). More so, Maps has a night mode with appropriate graphic effects. What better way to find your way on the road.

Apple wants to make navigation easier on its Maps app. For example, it will be possible to plan a trip and share it on your smartphone, but also add steps to your route, up to 15. It will even be possible to ask Siri while driving. Simple and practical. For those who prefer to use public transport, the price of trips will be displayed with this iOS 16 version.

Look Around, the equivalent of Street View, has also been revised, since it now provides more information about the place observed and navigation seems much simpler. Finally, it should be noted that Apple has announced the forthcoming arrival of the new Plans design in France and Belgium. If for the moment, no date is yet given, we will be able to see the thing land shortly. The WWDC being a conference dedicated to developers, Apple will spoil its last ones by letting them always exploit its application.

Apple Plans therefore continues to improve little by little. The Cupertino company relies on ease of use for its application in order to stand out from its direct competitor, Google Maps, which multiplies its functionalities. In any case, the graphic aspect, which is very important, seems to be at the center of the brand’s concerns in order to seduce the public.