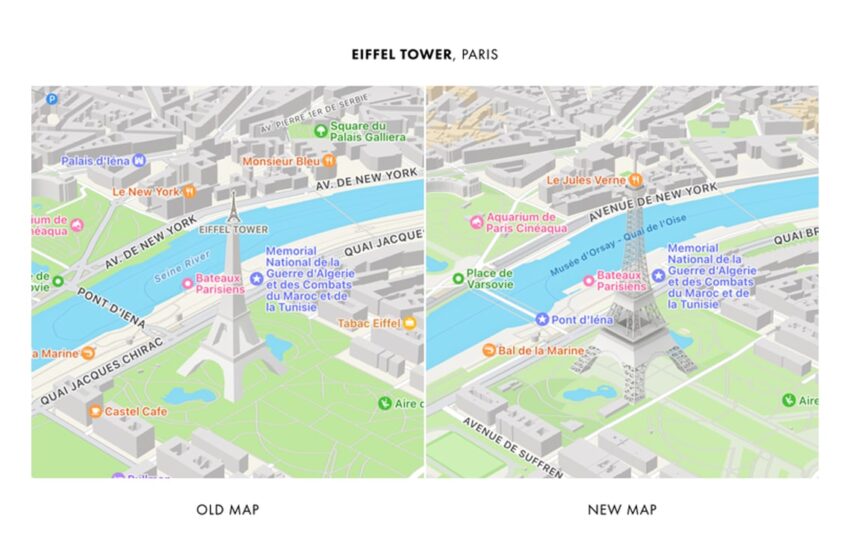 Apple Plans is about to deploy a major update to French users. Indeed, a long-awaited feature will make its arrival within the application: the display of speed limits. To this will be added much more detailed maps, especially at the level of famous monuments.

Apple Maps has certainly never had the same success as Google Maps, its direct competitor, but it’s not for lack of trying to offer the best experience to its users. Beyond comparing what is not really comparable, since Maps is aimed only at Apple users, the application regularly receives updates that improve its content. In 2021, for example, the latter has an option to display overloaded businesses, as well as to warn of dangers related to the weather.

Updates very often inspired by the functionalities of Google Maps so, and the latest is no exception. However, we will not blame him as it was expected. Indeed, Apple Maps will finally display speed limits on the roads on which the user is located. A feature that has been present for several years with the competition and which allows many motorists not to get carried away on the road. It should be noted, however, that it is possible to report speed cameras and accidents since last year.

Apple Maps will add more detail to its maps

In addition, this is not the only novelty that awaits users. Indeed, as cartographer Justin O’Beirne reports, Apple Maps maps will soon be more detailed. This is particularly noticeable on the side of famous monuments, which are no longer content to appear with vague shapes, but display more numerous reliefs as well as shadow effects. Other buildings are also entitled to the same treatment.

If Apple tries to get as close as possible to reality, it should be noted that the current interface will still remain on several assets of the application. Better not to expect a complete overhaul of the interface. The update should soon arrive in France, at the same time as New Zealand and Monaco. According to Justin O’Beirne, this one should be available within 47 days.