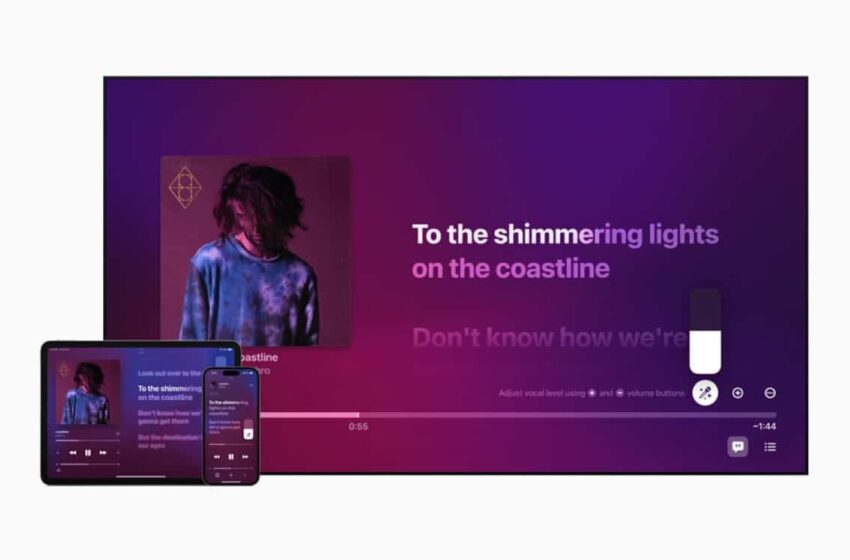 iOS 16.2 should bring a lot of interesting features. One of them will be of particular interest to the growing number of karaoke fans. Apple Music will include a feature called Sing that allows you to sing over the song currently playing in the app.

Apple Music subscribers have already had a taste of Sing mode. The lyrics are already displayed on the screen for millions of songs. Traditional karaokes offer the possibility of muffling the voice of the artist being played to make way for that of one-night stand singers. Apple Music is content to apply the same principle: you will be able to sing with or without the original vocal track while gradually seeing the lyrics scroll across the screen.

Sing is unfortunately not available for all the songs in the catalog, but the apple firm claims thatit will provide ready-to-sing playlistswhich will avoid unpleasant surprises and the tedious work of sorting songs when you want to organize a Starac party.

To read – Apple Glass: this is what the VR headset operating system will be called

The public version of iOS 16.2 should be deployed in a few days. This will be, according to experts, a major update. In addition to emphasizing data security with end-to-end encryption of data on iCloud, it will offer the possibility ofuse some iPads on an external display through the Stage Manager app. Freeform will allow members of a household or a group of friends to collaborate on a whiteboard. They can write, draw or add images and videos. Both professionals and individuals will undoubtedly find many uses for this new application.