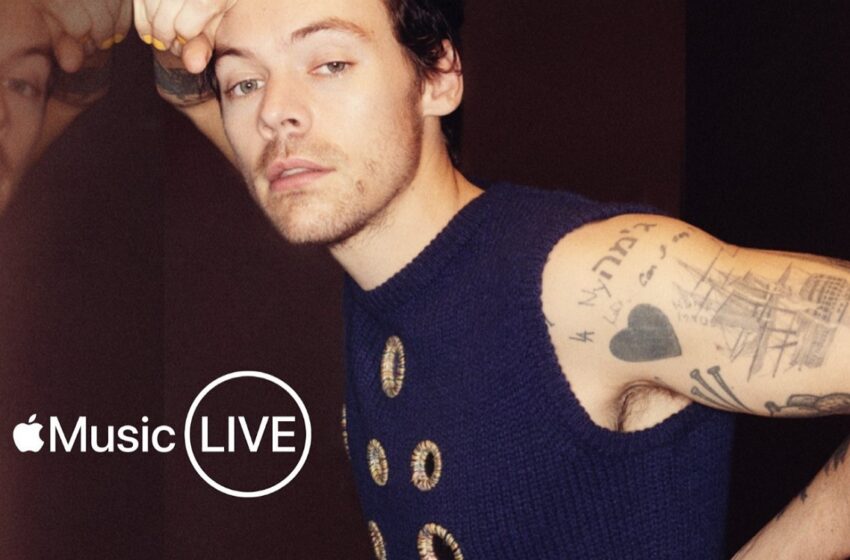 Apple Music has just announced the launch of a new “Apple Music Live” concert series featuring the best musicians and artists in the industry. The event will kick off with Harry Styles on May 20 with a live performance in New York.

Starting this week, Apple Music will start live streaming some concerts of major artists as part of his Apple Music Live project. This new feature kicks off with a Harry Styles concert to be held on Saturday, May 21, in conjunction with the release of his third album, Harry’s House.

The concert ” One Night Only in New York » by Harry Styles, which will take place at the UBS Arena in Belmont Park, will be available to stream exclusively to Apple Music subscribers in 167 countries worldwide, the company announced. This will therefore be an opportunity for the singer’s fans to discover for the first time the new songs from his third album. There is a good chance that it will be a hit, knowing that CD sales have started to rise again, a first for 20 years.

According to Apple, the new concert series aims to give musicians a chance to perform on stage and connect with their audience. The Harry Styles concert will begin Saturday night at 3 a.m., French time. It is important to note that if you subscribe to Apple Music, the concert will be totally free and accessible directly on the application.

Replays of the performance will be available May 22 at 6 p.m. French time and May 26 at 11 a.m. Apple has not yet announced whether the “Apple Music Live” concerts will be available for replay on demand, nor the next artists who will perform on stage in the coming weeks.

If you are still not subscribed to Apple Music, we remind you that Apple recently drew a line under the three-month trial period. You will still be able to enjoy the concert with the 30-day trial period, and your subscription will then be charged 9.99 euros per month if you decide to pursue it. If you opt for a family subscription, it will be charged 14.99 euros per month for 5 profiles.