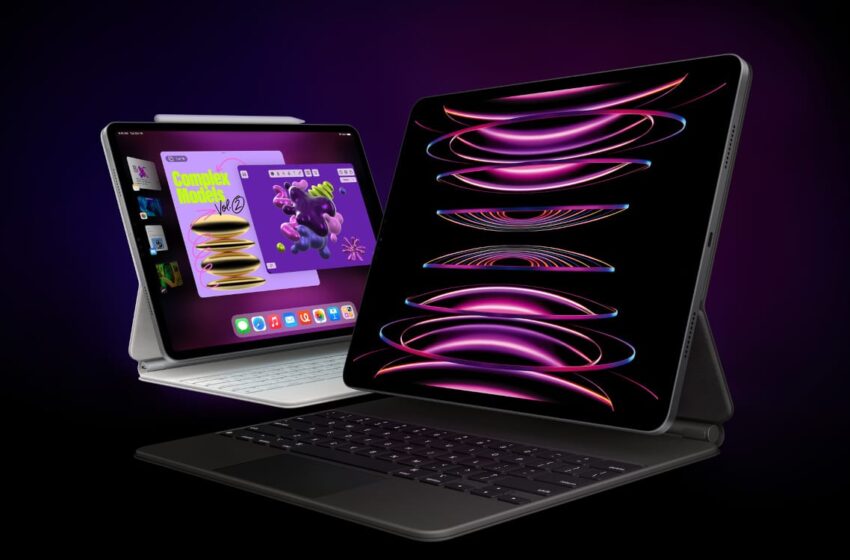 Unsurprisingly, Apple has lifted the veil on three new products, including two iPads. The first is the 6th generation iPad Pro, incorporating the M2 processor. The second is the classic 10th generation iPad. Closer to the latest iPad Air, it incorporates many advantages, but not the care given to certain details. The two tablets are both already on pre-order and will arrive in stores on October 26.

All observers felt it: Apple was going to present new products today, Tuesday, October 18, 2022. And it was. Instead of a beautiful video made at Apple Park in Cupertino, the firm simply sent three press releases to unveil two new tablets and a multimedia box for television. It is the sixth generation iPad Pro (or iPad Pro M2), the classic tenth generation iPad (or iPad A14 Bionic) and the new Apple TV 4K.

iPhone 14 Pro Max: its modem is faster than that of the Galaxy S22 Ultra

In this article, we will only introduce the two tablets. These are two products that are certainly quite different in terms of positioning: a rather professional platform on the one hand and a rather family product on the other. If the second seems to have received more attention in 2022, we do not feel the same for the new iPad Pro. Like the iPhone 14 Pro Max, which we tested at length in our columns and on our YouTube channel, this tablet seems to us to be just a little too familiar “refresh”.

Let’s go into detail to explain this feeling. The 6th generation iPad Pro therefore succeeds the 5th generation iPad Pro, or iPad Pro M1, released at the end of 2021. The slate comes in two sizes: 12.9 inch and 11 inch. There are of course some differences between them: size of the box, weight of the product, size of the screen, battery capacity, definition of the panel (the resolution being identical) and, like last year, nature of the screen. ‘screen. Indeed, the large model benefits from a mini LED screen while the little one has to be content, again with an IPS LCD screen. It is admittedly 120 Hz, HDR10 and Dolby Vision. But the control over light and colors is obviously not the same. 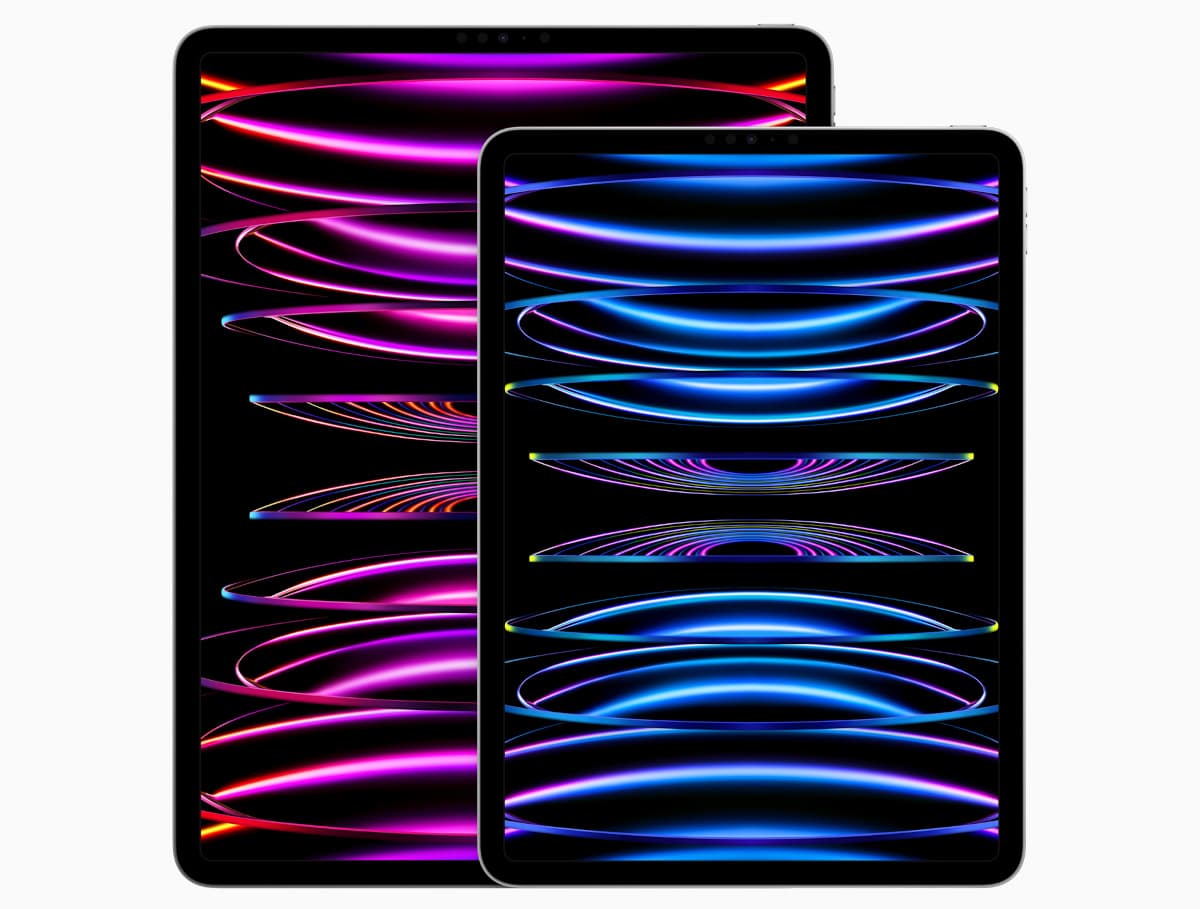 For everything else, the two sizes have the same advantages. And, above all, the changes between the two generations of tablets are the same, regardless of the size of the display. And, as much to be clear, there are not many significant changes. There were also more between the 2020 and 2021 models than between those of 2021 and 2022.

The most important is obviously the SoC: we go from M1 to M2. Quite simply. This provides more power and more control over energy consumption. We noticed this during our review of the MacBook Air M2. The iPad Pro M2 also now offers hardware acceleration to encode and decode ProRes and ProRes Raw video files. Very logically, the photo application is now able to film in 4K ProRes up to 30 frames per second, which the iPad Pro M1 is not able to offer. And a new HDR algorithm improves the photos a little more. 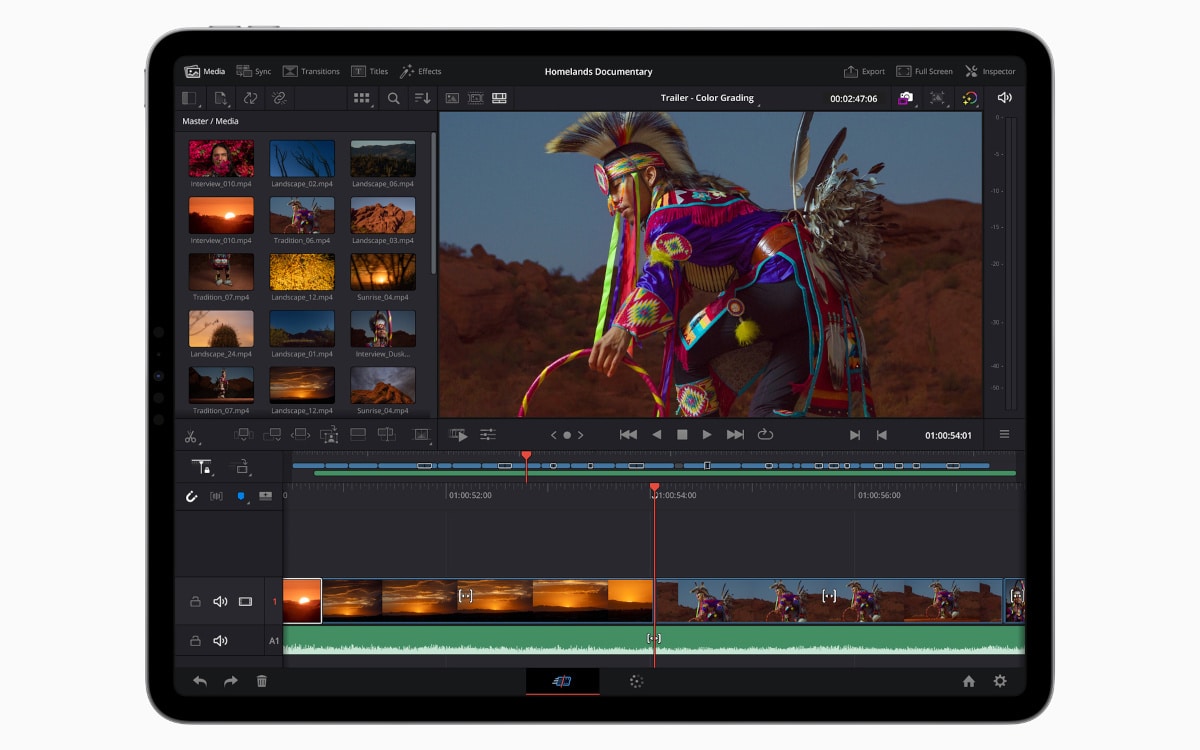 The other small changes are harder to find. There is the ” hover with Apple Pencil “. You no longer need to touch the screen to interact with it. This function is largely inspired by what Samsung does with the Galaxy Tab and Galaxy Note. There’s an update to wireless connections: the iPad Pro M2 sees the arrival of the Wi-Fi 6E and Bluetooth 5.3, with all the advantages that entails, but also sees the disappearance of 2G mobile connections. Now, if you want to surf away from home, it’s 3G minimum! 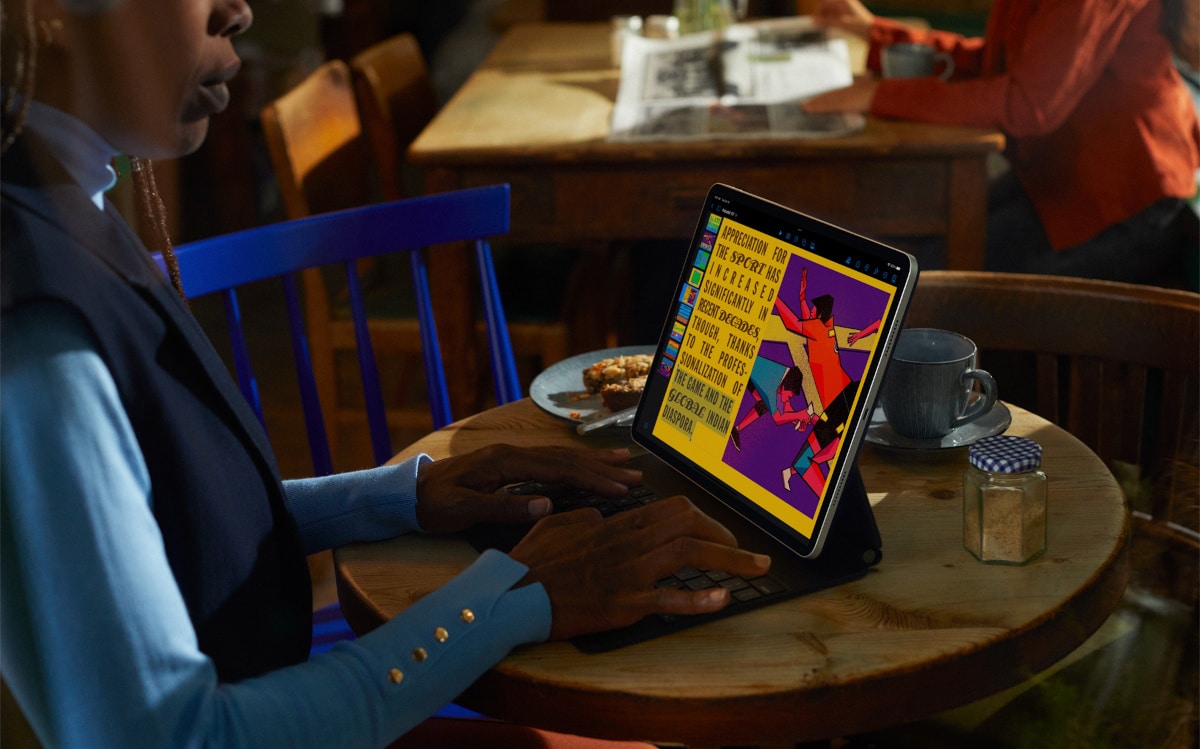 What else ? Nothing. Same screen. Same battery. Same cameras front and back. Same chassis. Same environmental sensors. Same USB type-C connection. Etc. So there is only very few changes. Find us at the end of the article for the prices of the two sizes and all the storage levels. Because there is change. Also note that the iPad Pro 5th generation disappears from the catalog. This is an important detail. Indeed, the classic 9th generation iPad (released in 2021) will remain on sale (with a bad surprise as a bonus), despite the arrival of its successor.

The iPad 10 takes a lot of inspiration from the latest iPad Air, but is still an affordable iPad

Let’s talk about this successor. iPad 10 is a product where Apple has worked well this year, after being rather lax on the iPad 9. Indeed, the 2021 iteration was almost identical to that of 2020, with a simple change of processor, a slightly revised weight to lowering and a vastly improved selfie sensor. This year, Apple got in the hard by changing not only the inside of the case, but also the outside. And it feels really good. And this explains why the iPad 9 will remain in the catalog. 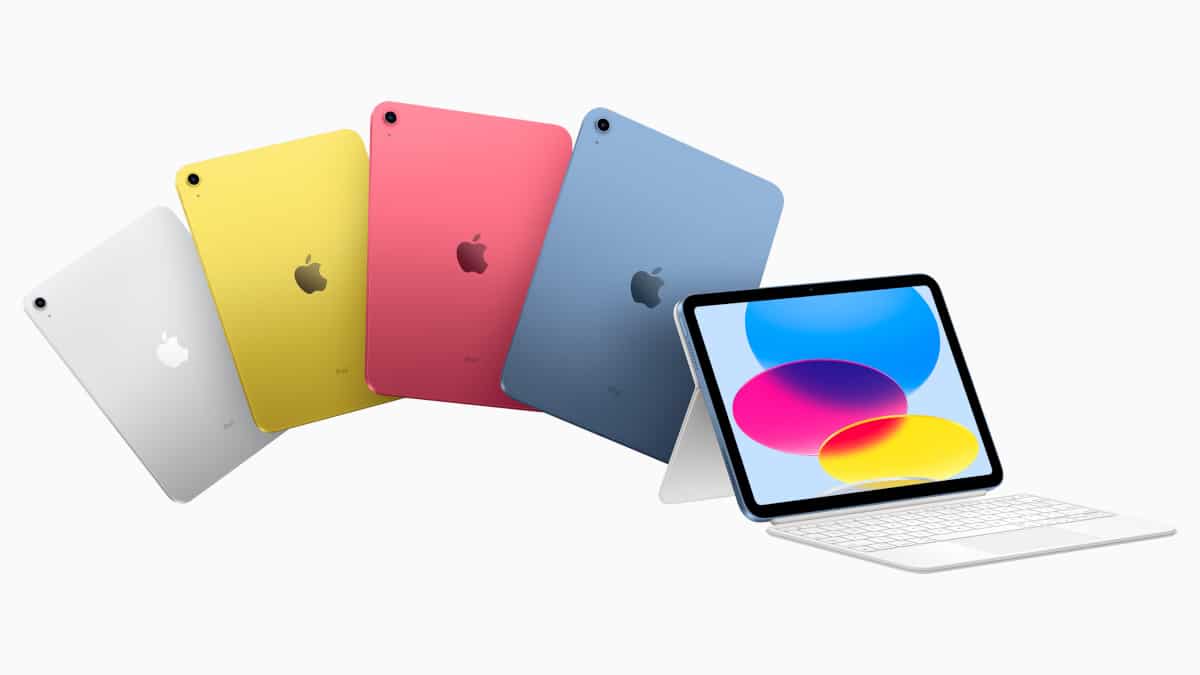 Let’s go into detail. The iPad 10 is physically closer to the 2021 iPad Air 5 than the iPad 9. The tablet is smaller. The edges are thinner. And the screen is a little bigger than the iPad 9 (but not as big as the iPad Air). The display is taken directly from the iPad Air 5: 10.9 inches diagonal, 2360 x 1640 pixels for definition (resolution of 264 pixels per inch), IPS “Liquid Retina” technology. On the other hand, the iPad 10 does not use the anti-reflective treatments of the iPad Air 5. We are not on the same level of finish.

iPad 10: an iPhone 12 heart and a more practical Facetime sensor

Inside we find theA14 Bionic crossover in the iPhone 12, 12 Pro, 12 Pro Max and 12 Mini. It replaces the A13 Bionic of the iPad 9. Its cores are faster and its neural coprocessor has double the cores. The platform is therefore more efficient. But we are not on the same level as the iPad Air 5, once again. The latter takes advantage of the M1. On the other hand, the iPad 10 takes over the battery of the iPad Air 5 from 28.6Wh (while the iPad 10 is significantly thicker). Or a clear decline vis-à-vis the battery of the iPad 9 and its 32.4 Wh. However, Apple promises identical autonomy for the three models (iPad 10, iPad 9 and iPad Air 5). 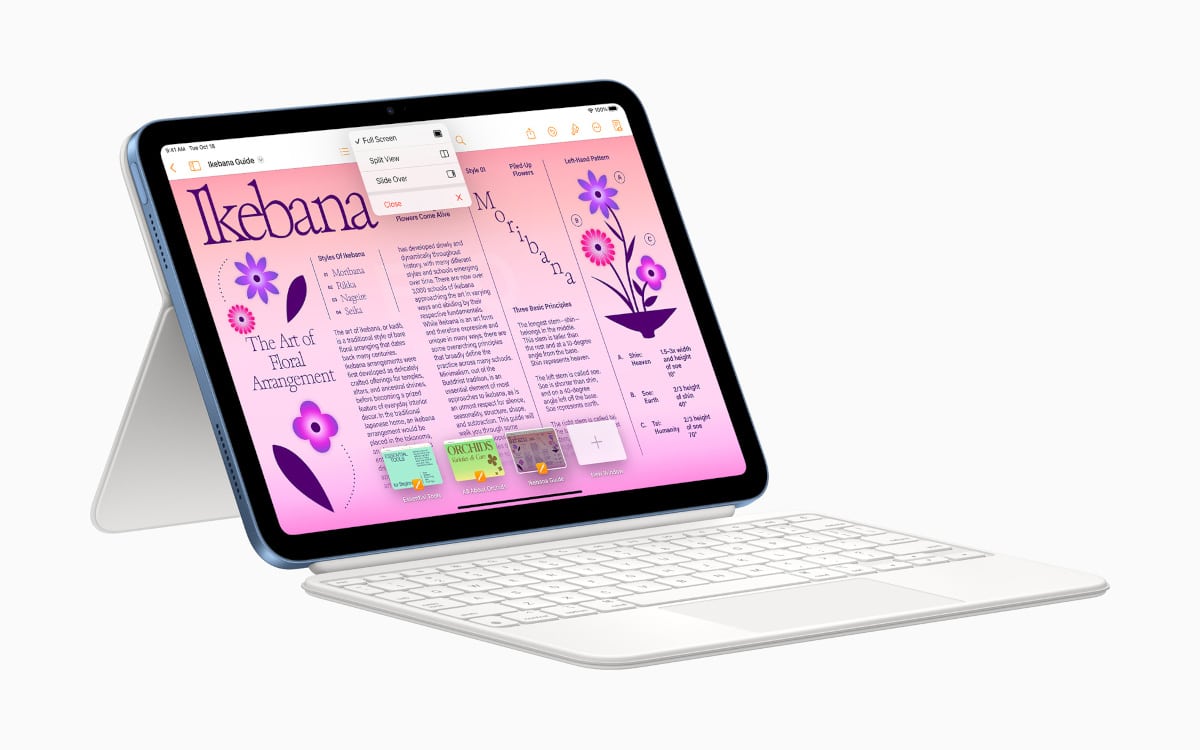 Another improvement from the iPad Air 5: the photo. The definition of the main sensor goes from 8 to 12 megapixels and the lens aperture goes from f/2.4 to f/1.8. Thanks to the iA14 Bionic, HDR is significantly improved and it is now supported in video up to 30 frames per second. iPad 10 now films up to 4K at 60 frames per second. Up front, the Facetime sensor remains the same, but it’s offset on a side border to make video calls when the tablet is placed horizontally and attached to a keyboard. It’s a very good idea.

Some welcome improvements in the iPad 10… but not too many!

The iPad 10 benefits from other interesting improvements: stereo speakers now symmetrical, for a better viewing experience, fingerprint reader hidden in the power button, Wi-Fi 6 (instead of WiFi ac) dual band, 5G modem (versus 4G only), connectivity Bluetooth 5.2 (against 4.2) and wired connection USB Type-C (and no longer Lightning). Attention, we see here, once again, some differences with the iPad Air 5: the WiFi is not simultaneous dual band and the compatibility Apple Pencil is stuck on the first generation uniquely. These are details, but they count at this price. 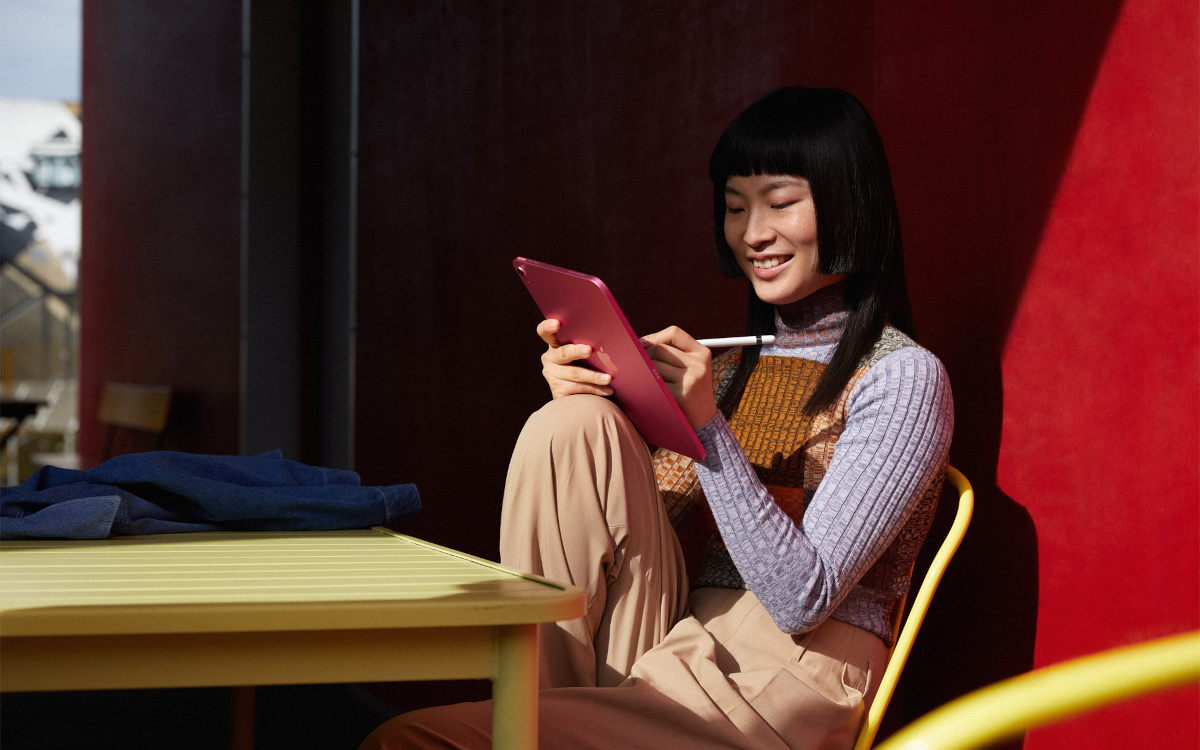