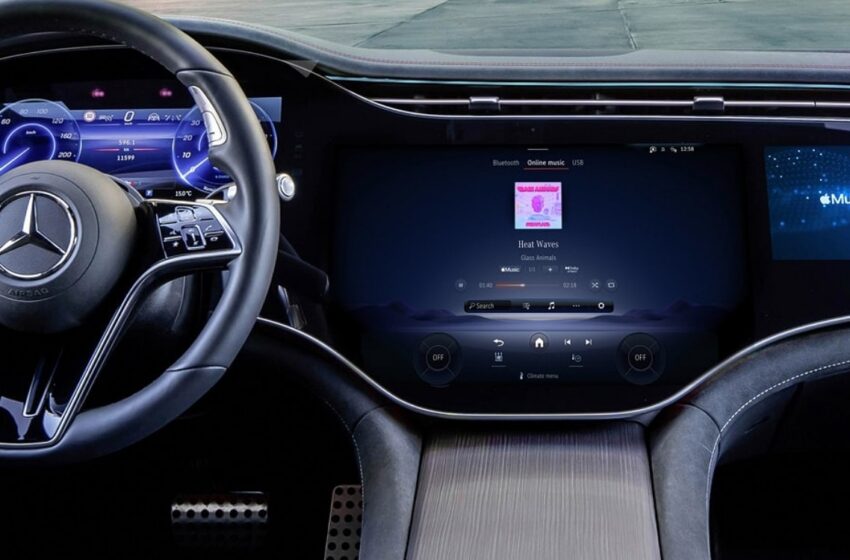 Apple Music’s popular Spatial Audio technology extends to cars for the first time. Mercedes-Benz today announced that it is adding Apple Music functionality to a number of its cars starting today.

Apple Music’s Spatial Audio system, which supports Dolby Atmos, is coming to cars for the first time, thanks to a partnership with Mercedes-Benz. The German car brand has announced thatit will bring Apple’s Spatial Audio to some of its most premium vehicles.

This news comes just over a year after Mercedes-Benz announced the addition of Apple Music to the MBUX infotainment system in its vehicles. Apple Music’s Spatial Audio system, which supports Dolby Atmos, will now be fully integrated into the MBUX infotainment systemcurrently available on Mercedes-Maybach, EQS, EQS SUV, EQE, C-Class and S-Class models.

Mercedes wants to revolutionize the sound experience of its cars

” Sound quality is hugely important to Apple Music, which is why we’re excited to partner with Mercedes-Benz to make Spatial Audio on Apple Music available natively in the car for the first time. said Oliver Schusser, vice president of Apple Music and Beats. ” We join forces to provide our customers with an industry leading music experience said Markus Schäfer, Technical Director of Mercedes-Benz Group AG and Member of the Board of Management.

The first cars capable of taking advantage of Spatial Audio are not cheap, since to operate, the vehicle must be equipped with a Burmester 3D or 4D audio system. These sound systems cost over $4,550, which represents a substantial price to enjoy Spatial Audio with Dolby Atmos. We must also add to this the Apple Music subscription at 10 euros per month.

It is also important to note that the largest music label in the world, Universal Music Group, will now allow its artists to reach the standard ” approved in a Mercedes-Benz », when they finalize their audio quality in the manufacturer’s cars.

As a reminder, Apple had launched Spatial Audio with Dolby Atmos, as well as Lossless Audio, for Apple Music in June 2021. Spatial Audio uses Dolby Atmos technology to provide the listener with an immersive, surround sound-like experience. You could enjoy Spatial Audio on supported content if you listen to it via iPhone, iPad, Mac or Apple TV, but it had never been available in a car until now. Android smartphones had even ended up being compatible with the technology.