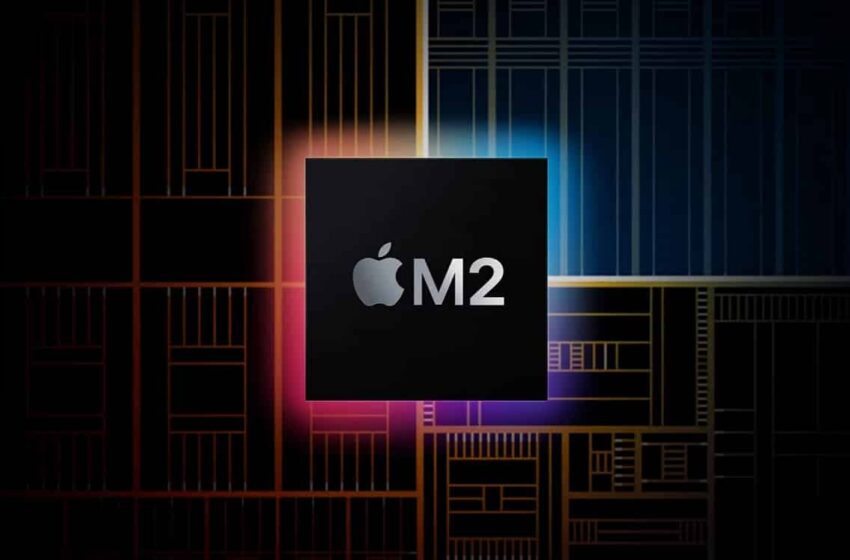 Apple: the first benchmark of the M2 Max chip has already leaked on GeekBench

Apple’s M2 Max chip benchmark leaked on Twitter. Even if we can’t draw a definitive conclusion, it seems that the M2 Max will be more of an evolution than a revolution.

Apple’s M2 chip is meant to mock Intel’s processors. It succeeds the Apple Silicon M1 whose performance and energy efficiency everyone had praised. A benchmark of the Max version of the latest Apple Silicon has leaked on the networks. The results, if reliable, suggest that if there is a performance gain, it will not be thundering.

The Apple M2 Max benchmark was spotted by ShrimpApplePro, a major Apple brand information provider on Twitter. The figures he publishes come from GeekBench 5, a site where users can share, for comparison purposes, the measurements they have made on various processors. According to the Twitter member, the Mac running the M2 Max processor is listed as “Mac14.6”. The latter has a 12-core CPU clocked at 3.54 GHz for 96 GB of RAM.

Compared to the M1 Max, the performance gain provided by the M2 Max will be around 14%

To read – Apple M2: the new MacBook processor is up to 45% more powerful than the M1

If we rely on these tests alone, the M2 Max chip provides a performance gain of around 14% compared to its predecessor. As it stands, the figure is a bit disappointing, but professionals who get the most out of their computers will no doubt appreciate the few seconds of processing saved. And Apple frequently points out, it is in the field of energy efficiency that their chips stand out competition. For now, it is impossible to draw a definitive conclusion from this simple benchmark. The new ones will have to be tested under real conditions of use. Many Apple-branded computers running Apple Silicon M2 (in its various Pro, Max and Ultra versions) are expected in 2023. 14- and 16-inch MacBook Pros, a Mac Mini, a Mac Studio, but also the Mac Pro.