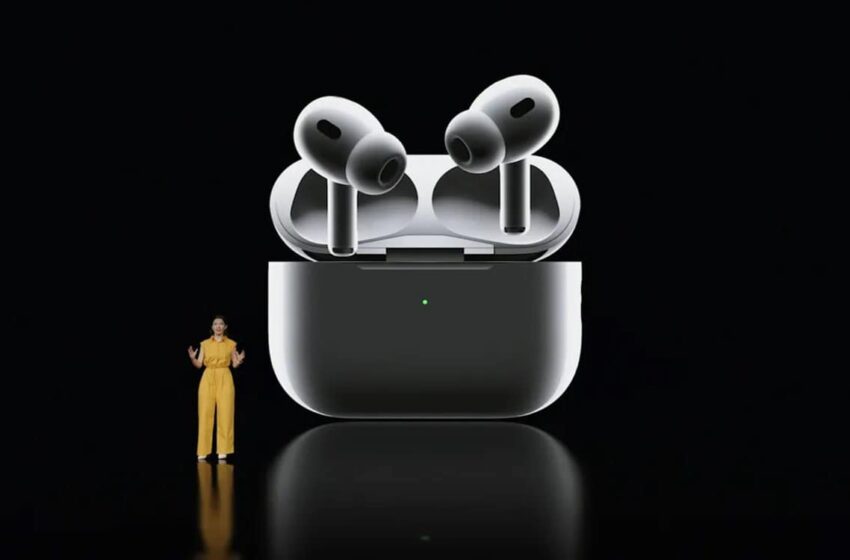 The 2nd generation AirPods Pro are now official. Three years after its first in-ear headphones with active noise reduction, Apple is improving the recipe without changing the design. All the new features are inside, including a new H2 chip that improves the experience on all fronts.

The new headphones retain the same design as their predecessors, but feature an all-new H2 chip. This promises better sound quality, twice as effective active noise reduction, and a still qualitative transparency mode. New touch controls also give you more control with just a touch.

The AirPods Pro 2 also come with a new wireless charging case with a revamped design and a built-in loudspeaker. The box is thus capable of emitting sound signals. For example, to allow you to find your headphones when you misplace them. The box is thus based on the Locate function with which it is now compatible.

AirPods Pro 2: an H2 processor that changes everything

The AirPods Pro 2 carry over the features that made their predecessors so successful. However, several developments should be noted. They are made possible thanks to the H2 processor, the brain that manages all the features of the new headphones. Let’s start with the sound quality.

“Behind the advanced audio performance of AirPods Pro is Apple’s new H2 chip. It works in concert with a custom-built transducer and amplifier to deliver crystal-clear highs and rich, deep bass with exceptional definition. Every sound is more gripping than ever,” describes Apple. 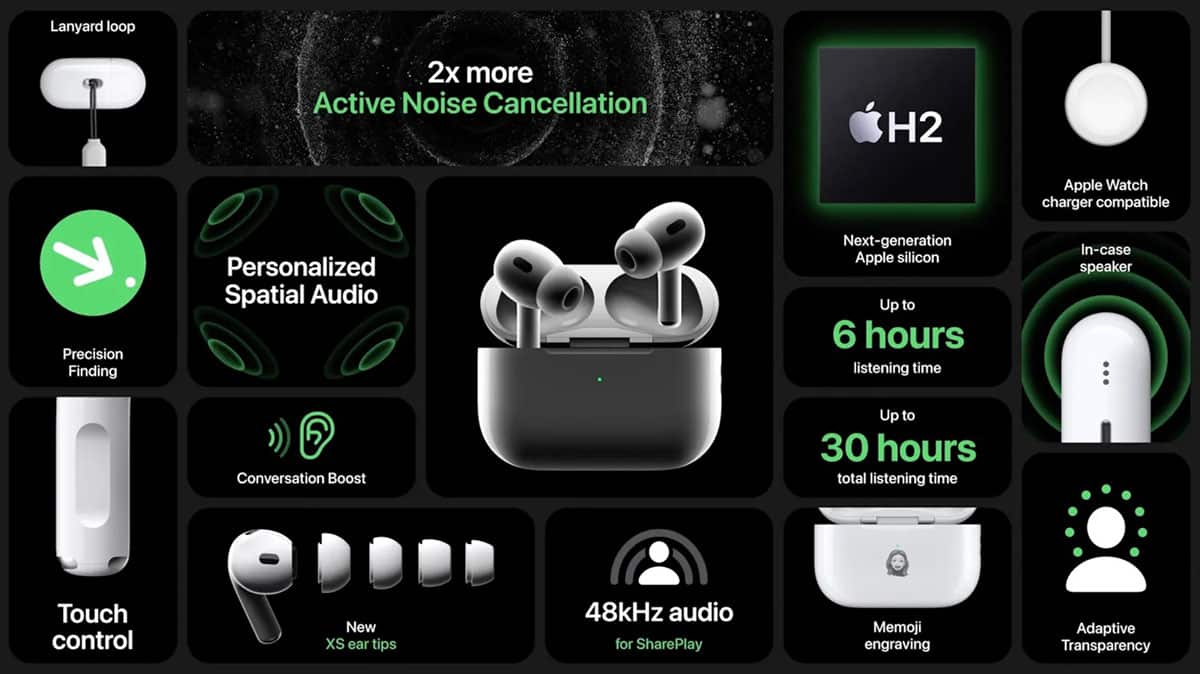 Custom spatial audio is also enhanced by using your iPhone’s True Depth camera to create a bespoke profile based on your head geometry. “This profile syncs across all your devices, so you’ll hear phenomenal sound no matter how you listen.”.

The other flagship novelty, as announced above, is active noise reduction, which promises twice as effective insulation. The transparency mode returns, and also better. “The Adaptive Transparency harnesses the power of the H2 chip to limit the intensity of deafening noises, such as sirens or power tools”. So you can hear what’s going on around you better.

Finally, the AirPods Pro 2 offer a battery life of 6 hours, or almost 2 additional hours compared to the first generation. With the MagSafe wireless charging case, you get up to 30 hours of battery life in total. You can recharge the case with a Apple Watch or MagSafe charger, with the possibility to use the Lightning connector or a Qi-certified charger.

The AirPods Pro of 2022 are announced at the price of 299 euros. Pre-orders start Friday, September 9, 2022, and the headphones will be available a week later on September 23.