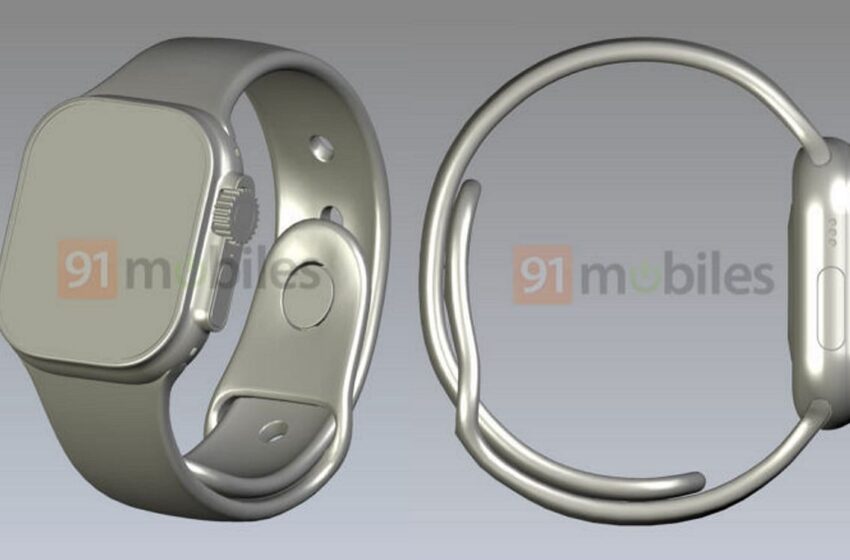 Apple Watch Pro: the new design of the premium watch unveiled a few days before its release

The Apple Watch Pro will not only be the biggest, toughest and most expensive watch ever released by Apple, but it will also benefit from an all-new design. We now know what it will look like.

On September 7, Apple is preparing to unveil a host of new devices. There will be four new iPhone 14, two Apple Watch Series 8, the AirPods Pro 2 as well as a new high-end connected watch more robust than previous generations, the Apple Watch Pro.

This new device would be aimed at extreme sports, and we have known for several months now that this watch will be the first since 2018 to adopt a new design. Unfortunately, it will not be the design with flat edges that we expected for the classic Apple Watches, but a more resistant design with a giant screen. A few days before the conference, our colleagues from 91mobiles have already been able to unveil the new look of the watch.

As 91mobiles shows on its CAD-based renders, the watch will look quite different from the current Apple Watch Series 7. In fact, in the front the watch benefits from a screen of more than 2 inchesmuch wider than all other Apple Watches, since it is expected thata 49 mm version makes its appearance.

On the right side of the frame, we see a protrusion that accommodates the digital crown, the microphone and the multitasking button. On the left side, we find a new button whose function is currently unknown as well asa grille for the loudspeaker. She will also have a metallic material stronger than aluminum for the chassis, a shock-resistant screen and larger battery. On Weibo, other leaks showing shells of the watch have also confirmed all these novelties.

The rest of the watch is very similar to the current models, but we know the existing bracelets will not be perfectly compatible, which could push users to have to buy new ones. This new design is going to be sold at a high price, since you will have to pay at least 1000 euros if you want to buy this new “Pro” watch. It would therefore be more expensive than the current Apple Watch Edition, offered from 829 euros on the official store.