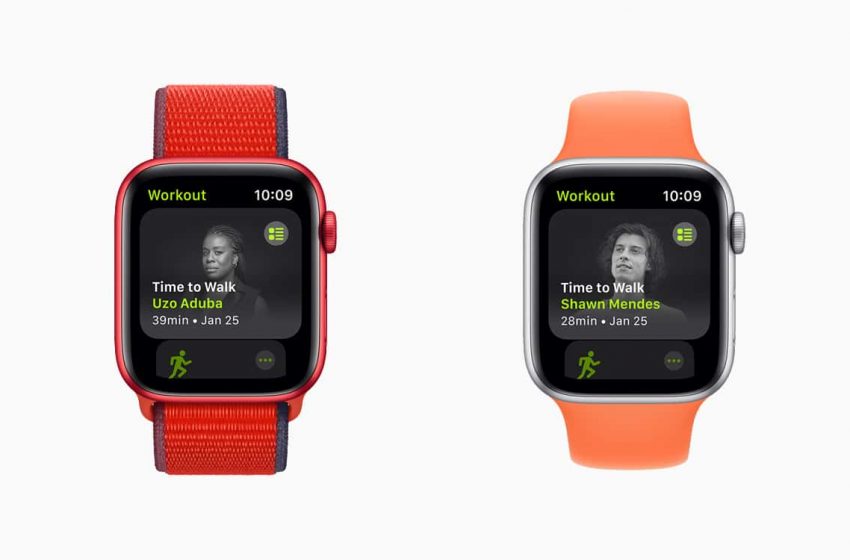 Apple Watch Series 7: “Time to Run” will motivate you to run

The Apple Watch Series 7 is not yet official. Despite everything, the leaks and rumors about him are rife. And precisely, according to our colleagues from the Bloomberg site, the next connected watch from Apple will host a new function called “Time to run”. This reminder function, modeled on the “Time to walk” of the Fitness + app, will motivate runners to practice and perform.

While the presence of a glucose sensor on the Apple Watch Series 7 was expected, it will ultimately not happen as we learned from our colleagues from the Bloomberg site in June 2021. And precisely, the media still has some revelations to share on Apple’s next connected watch. According to Mark Gurman, renowned analyst at Bloomberg, Apple Watch Series 7 will welcome a new reminder feature.

Baptized “Time to Run”, it would be modeled on the “Time To Walk” function inaugurated in January 2021 on the application Apple Fitness +. As a reminder, these are podcasts meant to encourage users to walk more often. Each episode is doubled by a personality, who shares a story, an experience, all under the background of ambient music. For example, we found country legend Dolly Parton, NBA player Draymond Green, musician Shawn Mendes and Uzo Aduba, actress awarded an Emmy Eward for her performance in the series Orange is The New Black.

Read also: Apple Watch dominated the smartwatch market at the end of 2020

You would have understood it, “Time to Run” will use the same principle and would also be accessible from the Apple Fitness + app.. Also according to Mark Gurman, another feature called “Audio meditations” would also be there. As its name seems to indicate, it should be here again podcasts able to help you in your sessions of meditation, relaxation and relaxation. Like Time To Walk, Apple should regularly offer new content to fill the library of episodes dedicated to “Time to Run” and “Audio Meditations”.

As a reminder, the famous leaker Jon Prosser recently obtained stolen photos of the Apple Watch Series 7. The opportunity to discover the reworked design of the connected watch, which this time features flat edges instead of the edges curved. According to him, Apple would have been directly inspired by the design of the iPhone 12, with this metal frame and its flat edges.