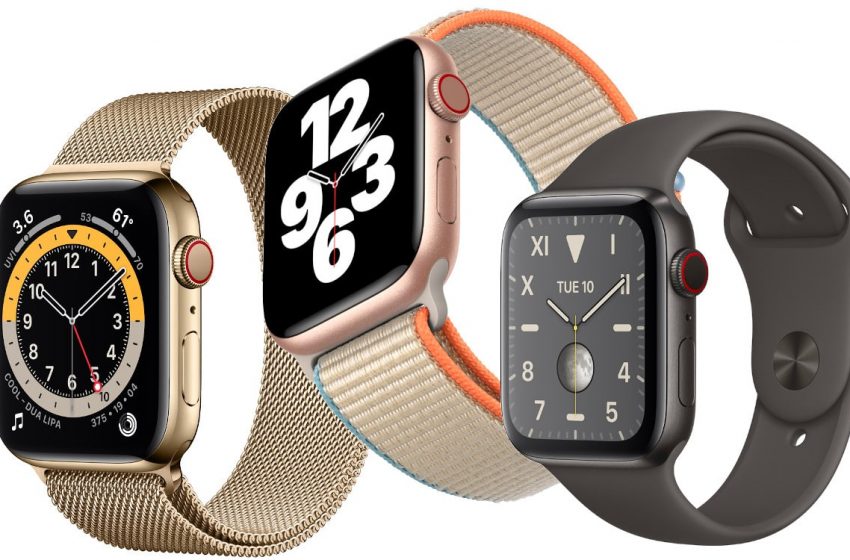 New rumors confirm the arrival of new Apple Watch at the end of 2021. They say that the Apple Watch will come in two new sizes, larger than the previous ones, with new dials. On the other hand, there would be nothing new related to health, leaving the competition plenty of time to catch up.

Apple is obviously preparing to launch new products in anticipation of the holiday season. We very regularly evoke the arrival of iPhone 13 in our columns. Earlier today, we relayed a leak claiming that the smartphone keynote will take place on September 14. Either in two weeks. But other products are also in the boxes: tablets, computers and… watches.

watchOS 8: Apple Watch will soon be able to serve as a wallet and keychain

Apple would indeed intend to renew its Watch with a Series 7. This has been the subject of many rumors for several months. But it is only very recently that they have gained in precision, in particular on the size of the screens. Indeed, the Apple Watch Series 7 should be available in two versions: 41 mm and 45 mm. That’s a millimeter more than the two Series 6 cases. This would be the second increase in size since the launch of the connected accessory in 2014.

Watch Series 7 dials will benefit from the new screen size

Of course, this new screen size will bring some changes. We suspect that the version of WatchOS presented at the WWDC in June will take advantage of this new surface, in particular the 45 mm model whose screen will still approach a little more than 2 inches (it reached 1.78 inches with the version 44 mm of the Watch Series 6). According to Bloomberg reporter Mark Gurman, Apple will take the opportunity to update the dials.

The dials are one of the strengths of the Apple Watch vis-à-vis the competition, especially thanks to the Complications that allow them to be personalized. One of the dials that will benefit from this increase in surface area will be Modular Infograph which displays a lot of contextual and biometric information. This dial has 6 complications (so many customizable modules). According to us, it could offer 8 in 45mm version.

The journalist indicates that the new screen size and the new design of the cases (thinner, with thinner borders) will be the main new features of the Apple Watch Series 7. This watch will also be more powerful. But it will not present any novelty in terms of health. The thermometer and the glucose sensor would not be offered until 2022. This will therefore give Samsung plenty of time to improve the excellent Galaxy Watch 4, presented this summer and certainly one of her best competitors today.