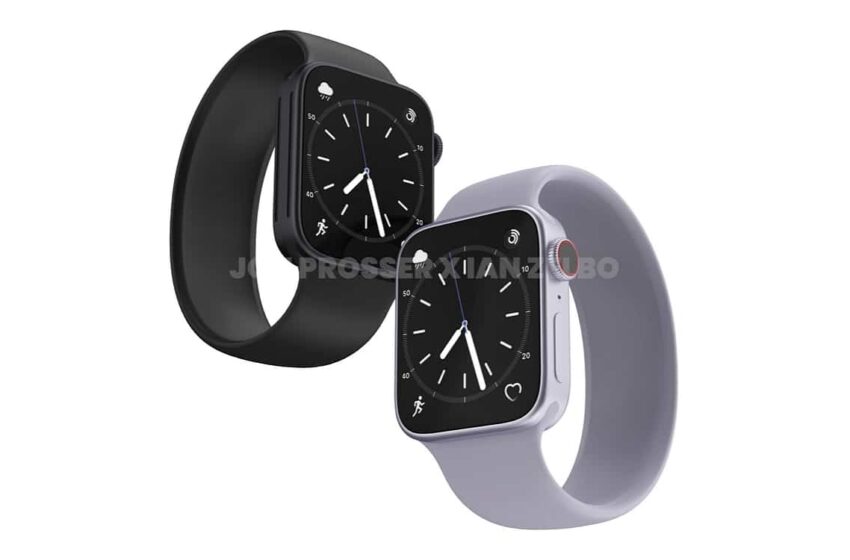 Apple Watch Series 8: a special version for extreme sports will use a giant screen

Apple is working on a version of the Apple Watch aimed at “extreme athletes”, which will have a larger screen and a more rugged design, according to a report by Mark Gurman of Bloomberg.

In addition to the standard Apple Watch Series 8, which will succeed last year’s Series 7, Apple plans to release a ‘rugged’ version of the Apple Watch with a bigger screen, reports Bloomberg. This watch would be intended for extreme athletes, and could also adopt a new design with flat borders.

According to information from journalist Mark Gurman, the Apple Watch for extreme sports is expected to feature the company’s largest smartwatch screen to date, a bigger battery and a sturdy metal casing. The display will measure nearly two inches across, and it could actually be the new version of the 50mm (1.99-inch) Apple Watch Series 8 that we mentioned earlier.

According to Mark Gurman, the extreme sports model will have About 7% more screen real estate than the larger Apple Watch current. The screen will also have a definition of approximately 410 pixels by 502 pixelsand that huge screen could be used to display more fitness metrics or watch face information.

In addition to the large screen, Apple should opt for a metallic material stronger than aluminum for the sturdy watch frame. It will also have a screen more resistant to shocks and, unsurprisingly given its size,a bigger battery than that of existing models.

In addition to the Apple Watch Series 8 and the special edition for extreme sports, Mark Gurman also expects Apple to launch a new, cheaper SE version, which would replace the current SE model. In the fall, we would therefore be entitled to an Apple Watch Series 8 in 41 mm, one in 45 mm, a 50 mm “extreme sport” version with a 1.99 inch screen as well as a more affordable SE model.