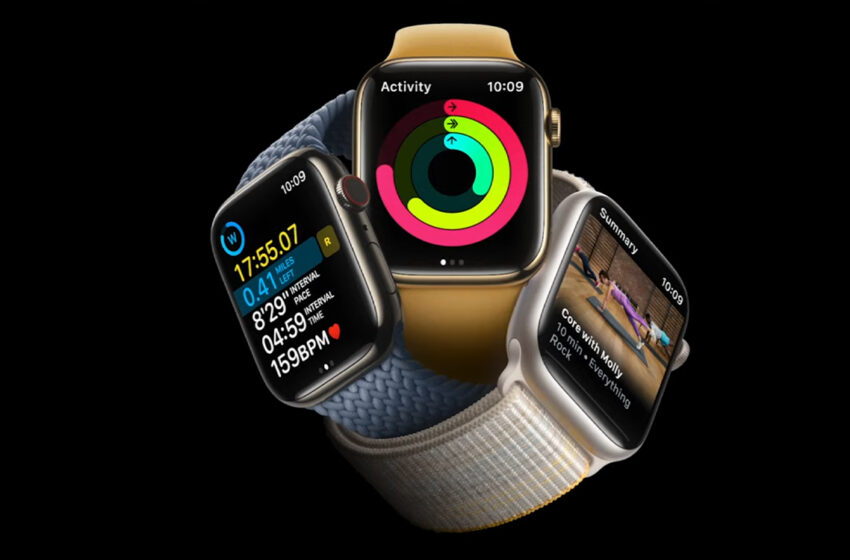 Apple unveiled a whole bunch of products during its September 7 keynote. Among them, the Apple Watch Series 8, the new version of its connected watch. It focuses primarily on women’s health as well as safety, especially with the addition of Crash Detection. An Apple Watch Ultra, dedicated to extreme athletes, was also unveiled.

The September 7 keynote was an opportunity for Apple to present a whole bunch of new products. The Apple Watch Series 8 is part of the dance. If there is no major revolution, the watch brings new features, especially dedicated to women.

Design level, we have a large flat screen for a display that we are promised wider. Apple has remained very evasive on the technical characteristics, we only know that it is “swim proof”, but dwelt on what his watch can do.

In its communication, Apple specifically targeted women with ovulation tracking built into the watch. The body temperature sensor can thus determine the exact dates. A logical addition, given that the product has already offered menstrual tracking for several years. This data will be available in the Health application and Apple promises optimal security. 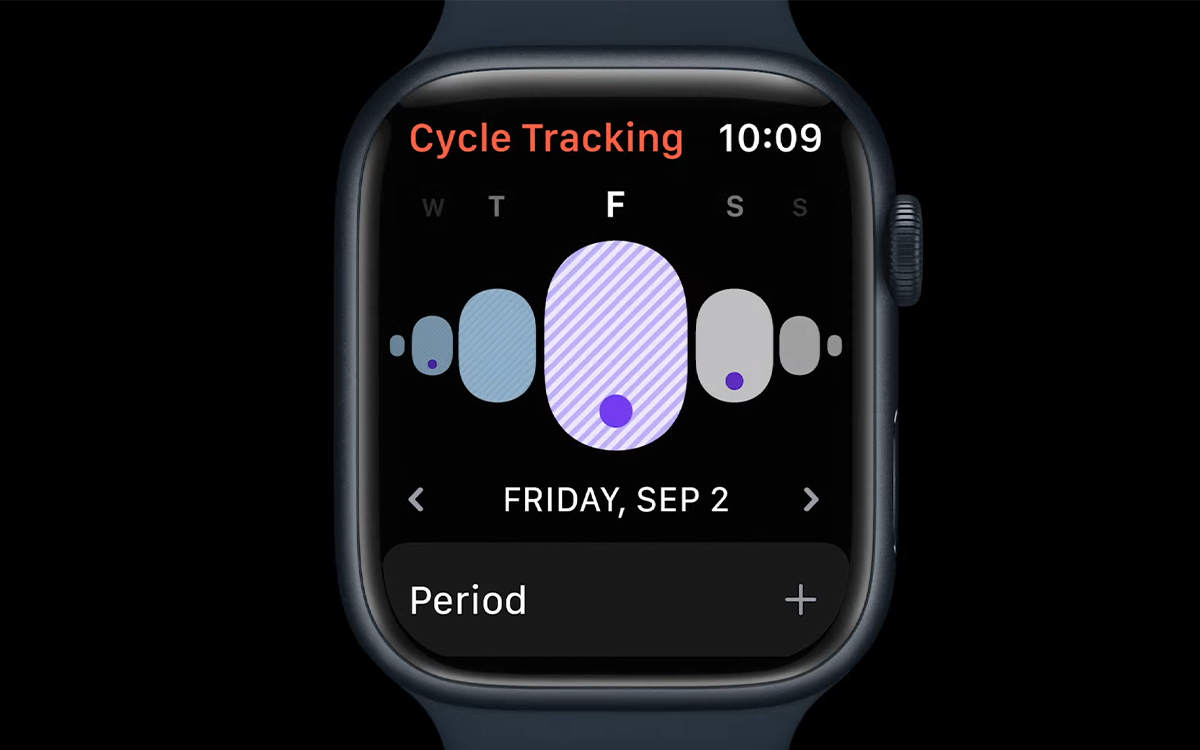 Another novelty : Crash Detection. Thanks to the new detectors included in the watch, it will be able to determine if you have a car accident and the force of the impact. Of course, this will allow help to arrive faster and also to have information on the crash upstream. 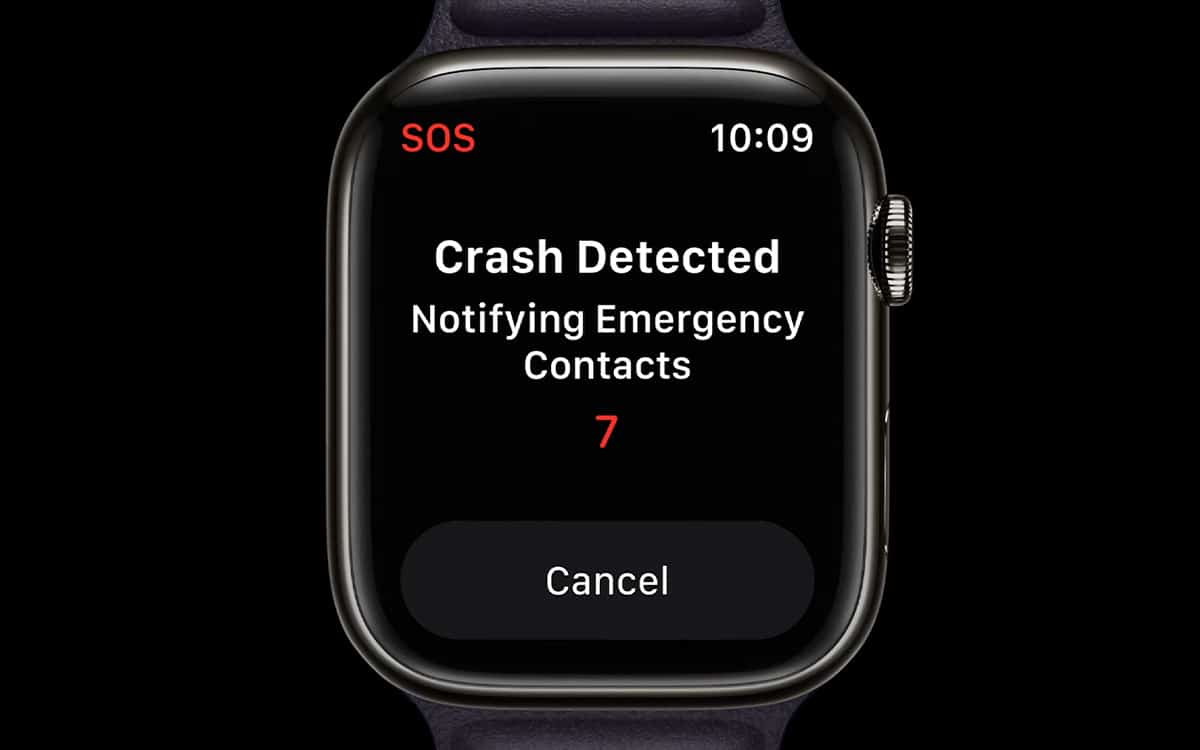 Apple promises a full day of battery life, but a new mode (Low Power Mode) will save battery power by removing many features. With that, it can last 36 hours. A significant addition, as we know that autonomy has been the Achilles heel of the connected watch since its inception.

The Apple Watch Series 8 will be available in black, red, bronze and red. New straps, some made with Nike or Hermès, will also be available. On the software side, we will also have new watch faces. Enough to totally personalize your watch. 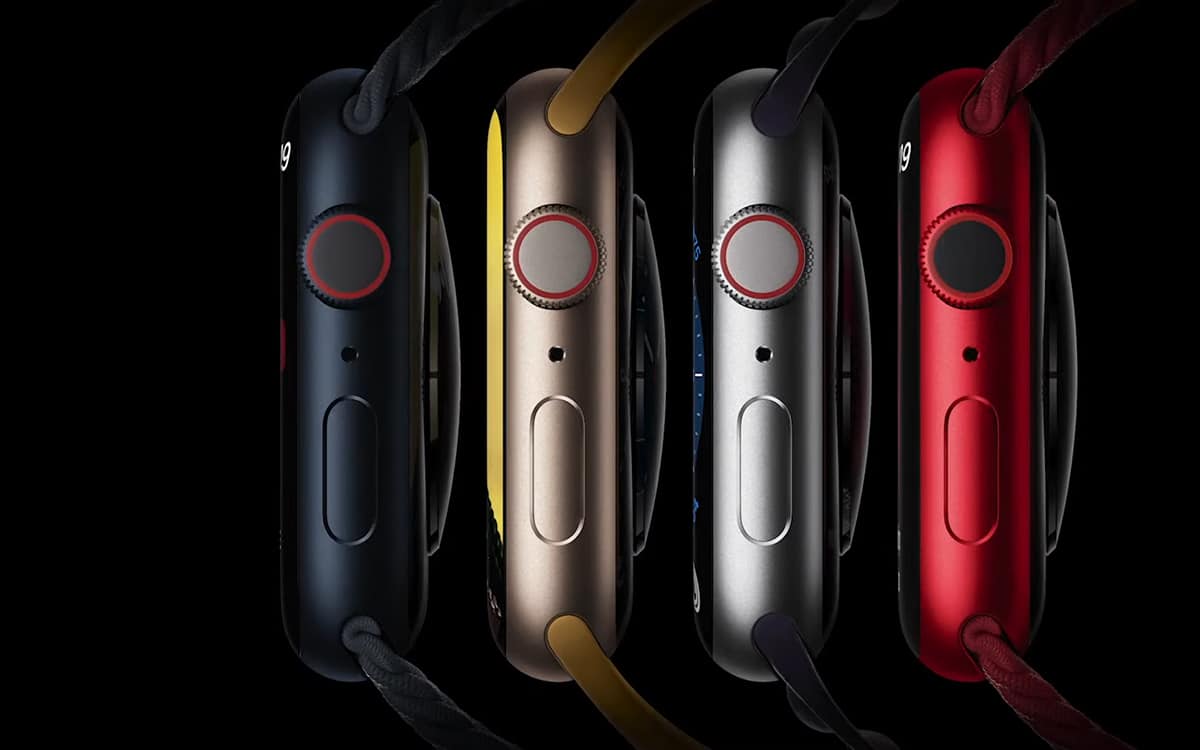 It will be available from September 16 at $399 for the GPS version and $499 for the Cellular version. A new version, the Apple Watch SE, was also presented. It will be sold from 249 dollars.

Apple Watch Ultra was also unveiled during the conference. It is intended to be more resistant and enduring than the Series 8. Here, it is the athletes who are targeted, and particularly those who practice extreme activities. Its strengths lie in its larger screen (49 mn dial), brighter (2000 nits max), but also in its button on the side which can be assigned to a particular use or application. Its chassis is made of titanium, which allows it to be stronger than a classic Apple Watch. We also note the appearance of a special dial that acts as a compass and has a night mode.

About the wristbandApple is also betting on endurance. Three are offered, each dedicated to an activity (sport, hiking, diving), but all are resistant to extreme activities and have a titanium attachment.

The Watch Ultra has the same technical characteristics as the Watch Series 8, but adds little extras such as a 60-hour battery life, a GPS tracking mode so you don’t get lost, a siren mode that rings the watch in case of danger or even a dive mode to help you with decompression stops. 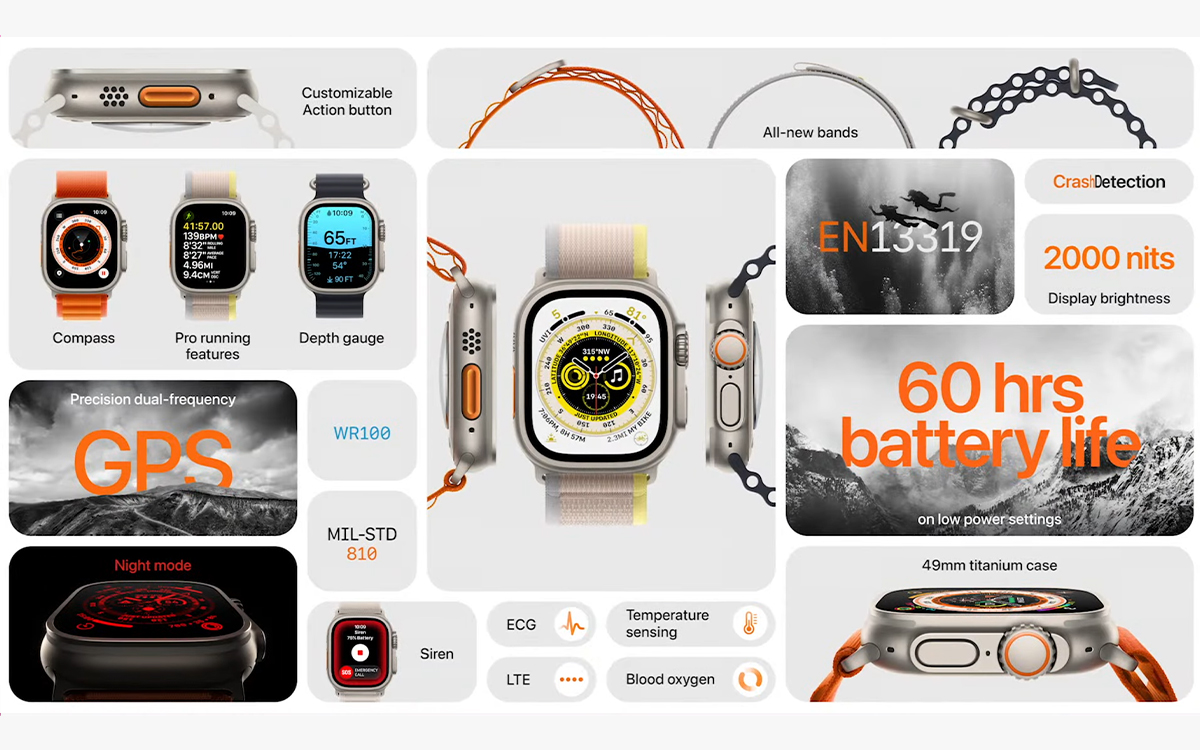 With this Watch Ultra, Apple is really trying to push its concept of a product dedicated to sport even further. It will be available on September 23 at the price of $799.