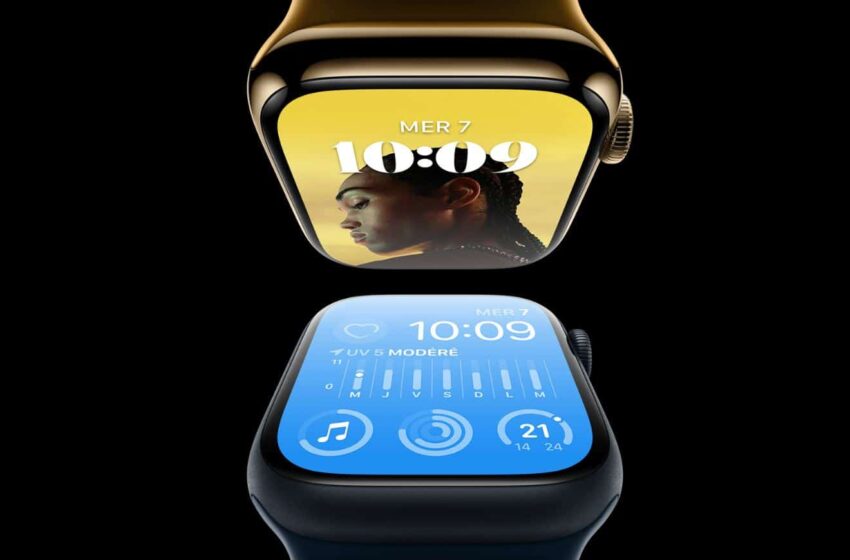 The Apple Watch Series 8 brings new features to the American brand’s connected watches, with a very important change this year: the introduction of an Ultra model equipped with a more resistant case for the practice of extreme sports. An Apple Watch SE 2022 also comes to fill the catalog of the American brand.

For the past few years, Apple has been quite conservative when it comes to the evolution of its connected watches. The Apple Watch Series 7 was a good product, but it didn’t revolutionize either the market or the range, contenting itself with a larger screen, without design changes or the integration of new sensors. Will the next generation of smartwatches be more innovative? Design, features, news, we tell you everything you need to know about the Apple Watch Series 8. We also discuss the case of Apple Watch Ultra and Apple Watch SE.

What is the price of the Apple Watch Series 8?

The price of the iPhone 14 has increased a lot in France compared to that of the iPhone 13, here are the prices announced for the different versions of the new Apple Watch:

These are minimum prices, which may increase depending on the connectivity options, the material of the case or the type of bracelet chosen.

When is the Apple Watch Series 8 coming out?

Which screen and which design for the Apple Watch Series 8?

The general design of the Apple Watch Series 8 is very similar to that of the Apple Watch Series 7. We therefore keep the rounded edges as well as the wheel on the right. As for the screen, the American group is betting on 41 and 45 mm cases, with two choices of materials: aluminum or stainless steel. Standard colors are limited to black, red, bronze and silver. Special Nike and Hermès editions are also planned.

New chip and increased performance for the Apple Watch Series 8

For this new generation of connected watches, the Apple brand has developed a SoC delivering even higher performance: theApple S8. This guarantees even more impressive fluidity as well as better management of multitasking. More powerful, the chip will also make its calculation capacities available to algorithms to make sports and health measurements more precise.

What is the battery life of the Apple Watch Series 8?

Nothing beats tests to test the real autonomy of a terminal, but the first information on this subject invites optimism. The new chip that equips Apple Watch Series 8 watches is not only more powerful, it is also more energy efficient. The increase in power therefore does not induce a reduction in autonomy due to higher energy consumption.

Additionally, Apple is introducing a new low power mode to extend the battery life of the Watch 8. This mode is advanced since it allows you to enjoy your connected watch almost in the normal way, so some brands remove almost all the options from their watch to improve their endurance. Most Apple Watch features and apps will remain accessible this way, with power saving mode only reducing overall performance and shutting down background processes.

Apple announces a day of use in moderate use and up to 36 hours with the activation of the low power mode. This does not change, autonomy remains a weak point of the Apple Watch.

What are the new features of the Apple Watch Series 8?

The Apple Watch Series 8, on the other hand, has a body temperature sensor. This one is not able to display the exact temperature of the body, the temperature of the skin varying too much according to the environment. But the Apple Watch will still detect risky situations and send notifications to users, advising them to take their temperature properly to check if they have a fever. The detection of a rise in temperature can also be a sign of the onset of ovulation in women.

The connected watch is now able to detect traffic accidents based on the force of the impact. It can help to automatically call the emergency services and send the position of the accident to allow faster intervention.

iPhone, MacBook, AirPods… many Apple devices are available in Pro versions. Sold at a higher price, they provide advanced features that not all users need, but which meet a certain demand from more demanding consumers. Connected watches have so far been spared, but the Apple Watch will finally be entitled to its ultimate model. It is not an Apple Watch Pro this time, but an Apple Watch Ultra, a denomination already used by Samsung, among others.

The Apple Watch Ultra plays the extreme sport card, with a titanium case that is stronger than the aluminum of other Apple Watches, and more resistant to shocks and scratches. Special bracelets are also planned for this model, even if it will be compatible with those of the classic Apple Watch. The design of the Apple Watch Ultra will undergo some changes, including the integration of a new button on the left side. This one, programmable to launch a manipulation of your choice, makes it easier to navigate and trigger actions in the middle of the action than with the touch screen of the smartwatch.

As on the Apple Watch Series 7, the edges are rounded and not flat. This Ultra model is also more massive. It has a larger screen, reaching 49 mm, and brighter, up to 2000 nits, to better see the display during activity in direct sunlight. This larger format allows Apple to equip the watch with a larger battery, significantly improving the autonomy of the watch: up to 60 hours, according to Apple.

The Apple Watch Ultra also has some additional and exclusive features, even if it shares a large number of characteristics with the Apple Watch Series 8. There is a GPS tracking mode to avoid getting lost, a siren mode that sounds the watch in case of danger, or even a mode for diving, which helps users to understand decompression stops.

Apple Watch SE: a new smartwatch at a low price

The new Apple Watch SE takes up the design of its predecessor in the range, with 40 and 44mm cases borrowed from the Apple Watch Series 4. A choice that makes it possible to offer an attractive price for the entry-level connected watch. ‘Apple, as the manufacturer does with its iPhone SE, which also uses the chassis of a product that is several years old.

This 2022 version still benefits from a renewed chip, the Apple S8, like the latest models, which boosts the performance of the Apple Watch SE. However, it does not stand out in terms of endurance, since it remains blocked at 18 hours of autonomy.

watchOS 9 also improves its sleep tracking, with more precise cycles between REM sleep, light sleep and deep sleep. Triathlon is better catered for, with the ability to quickly switch between cycling, swimming and running. A medication reminder is also available to users, with an interface to configure schedules and personalized reminders for each medication. To add them to the relevant application, simply scan the medicine box. Finally, a weekly alert provides information on the time spent in atrial fibrillation.