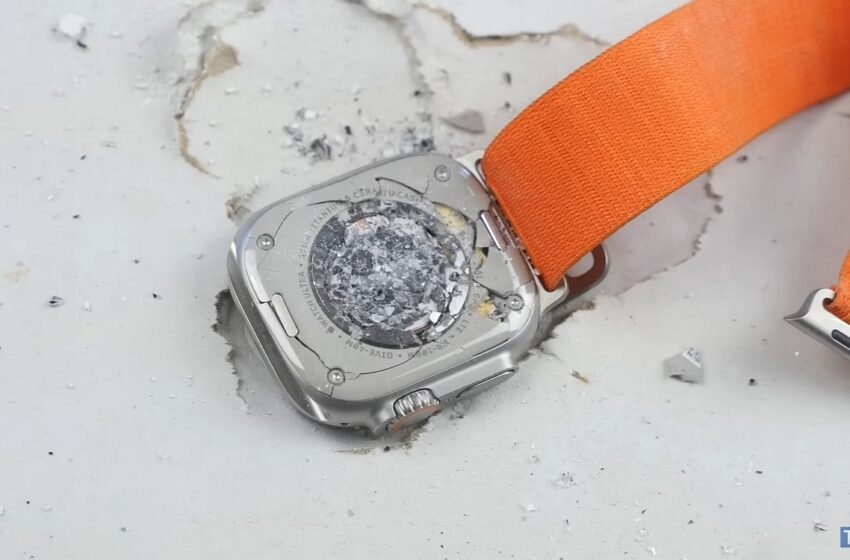 Apple Watch Ultra: the premium watch does not survive this resistance test

The Apple Watch Ultra has recently become the most popular rugged watch, and its durability has already been the focus of attention in several video tests. The least we can say is that the watch is much more resistant than other Apple models.

Indeed, the watch wants to be very more resistant than all the others thanks to its titanium case, but also to its screen protected by sapphire crystal. Since its launch, the watch has been subjected to several rather intense durability tests. All showed that Apple did not lie about the resistance of the device.

On its YouTube channel, TechRax gave the Apple Watch Ultra several hammer blows to test the resistance of the screen. As we can see on the video, the watch is the most resistant ever made by Apple. As you can see in the video, after several hammer blows, the Youtuber was surprised to find that the watch had broken the table it was on, even before its screen shattered.

It took 10 hammer blows for the screen to turn off, but the watch still showed no signs of fatigue on the outside.r. It was only after three more knocks that the screen of the watch finally cracked into a thousand pieces. For its part, the back of the device required much less force before breaking, since it is essentially made up of sensors of all kinds. Be aware that if your watch suffers such damage, repairing it could well cost you dearly.

Other videos like this one from DC Rainmaker wanted to test the diving capabilities of the Apple Watch Ultra, which is EN13319 (WR100) certified. This means that the watch is able to survive prolonged immersion up to 100 meters deep. After being dived more than 44 meters in a simulator, the watch held up well without flinching.