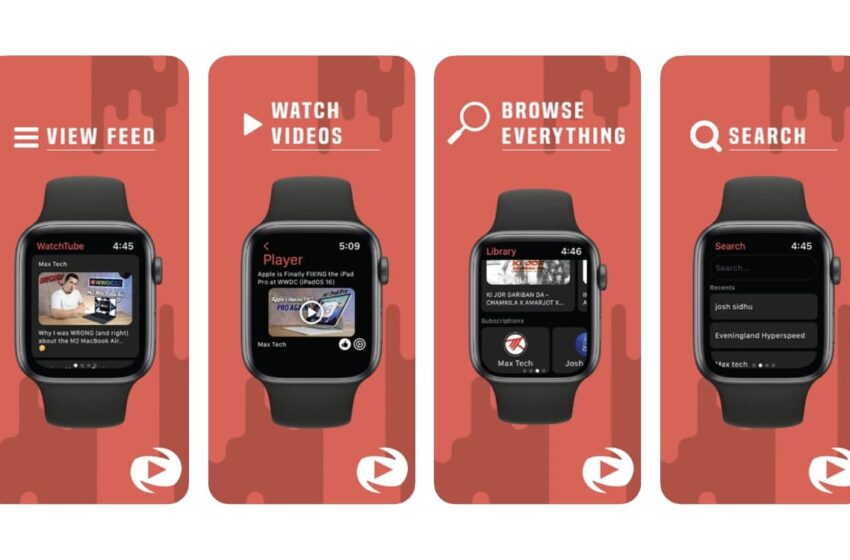 Apple Watch: you can now watch YouTube on your connected watch thanks to this application

Developer Hugo Mason has created an application called WatchTube, which allows you to go and watch YouTube videos from your Apple Watch. Despite its undoubtedly too small screen for the thing, the application works wonderfully and offers all the search and content curation functionalities found on YouTube.

We can’t really tell who it’s for, but it’s there. On Reddit, developer Hugo Mason introduced WatchTube, an app that lets you watch YouTube videos on your Apple Watch. Not really the most suitable support, we will agree, but the customer at least has the merit of existing. Especially since it is particularly complete: it contains all the features that make browsing pleasant on the original application.

Thus, it is possible to search for videos, to access its viewing history, to subscribe to a channel or to see its recommendations on the news feed, in short, absolutely everything that is possible to do on YouTube, but on his Apple Watch. Users can even access Trends as well as Shorts, which are perhaps more suited to the screen format.

On the same subject — Apple Watch, Mac, iPad: delivery delays of several months are to be expected due to the containment in China

Because this is the real problem of the application. If it can be a little slow at times (about 20 to 30 seconds to display the results of a search, as noted by our colleagues from Numerama), it is above all limited by the device to which it is destiny. We can bet without getting too wet that Apple did not really plan that its watch would be used to watch videos when it was created.

This does not prevent Hugo Mason from planning several WacthTube updates in the near future. Among other things, it announced a dedicated audio mode for listening to music. For now, the application is already available on the App Store from your Apple Watch. Nevertheless, it could be that the Cupertino company or even Google does not really appreciate the maneuver and decides to withdraw the customer from the store.