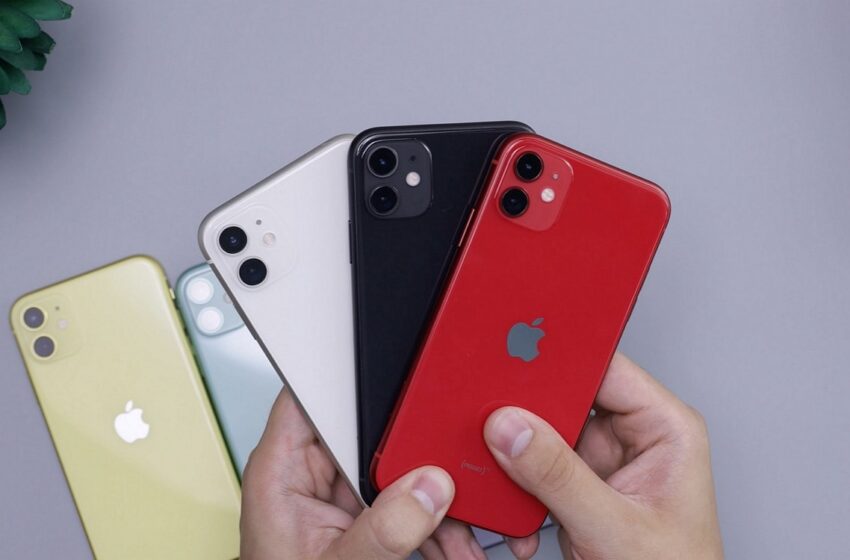 As is often the case after the release of a new generation of iPhone, the American giant Apple will stop marketing a few older models, and we already know who will be the new victim this year.

After dropping the iPhone 8 and 8 Plus in 2020, then the iPhone 12 Pro and XR after the introduction of the iPhone 13 a few months ago, Apple would have decided that a new model will leave its catalog at the end of the year. According to information from leaker @LeaksApplePro, it is the iPhone 11 that should be removed from Apple Stores.

The release of the iPhone 14 in September 2022 would therefore mark the end of one of the manufacturer’s most popular smartphones. Proposed at 589 euros on the official site, it was a good alternative to the new models which are sold for a few hundred euros more. It is especially the iPhone SE 5G 2022 which should benefit from this new abandonment.

Although the iPhone 11 does not have an OLED screen and its components are now a few years old, the device has long destabilized iPhone SE sales, offered only 60 euros cheaper on the official Apple store (529 euros). Indeed, some customers preferred to spend a few additional tens of euros to take advantage ofa phone with a much bigger screen or better battery life. As a reminder, the iPhone SE 5G 2022 is still equipped with the same 4.7-inch LCD screen characteristic of the old iPhones.

We know that Apple will sell fewer 5G iPhone SEs than expected in the coming months due to the war in Ukraine, but sales may well start to rise again once the iPhone 11 is removed from the store. However, we know that Apple will also lower the price of its classic iPhone 12, which could therefore become an interesting new alternative for small budgets. It remains to be seen at what price the iPhone 12 could be offered once the iPhone 14s are announced. The smartphone is currently still sold from 809 euros, but we imagine that its price could drop to just 709 euros at the end of the year.