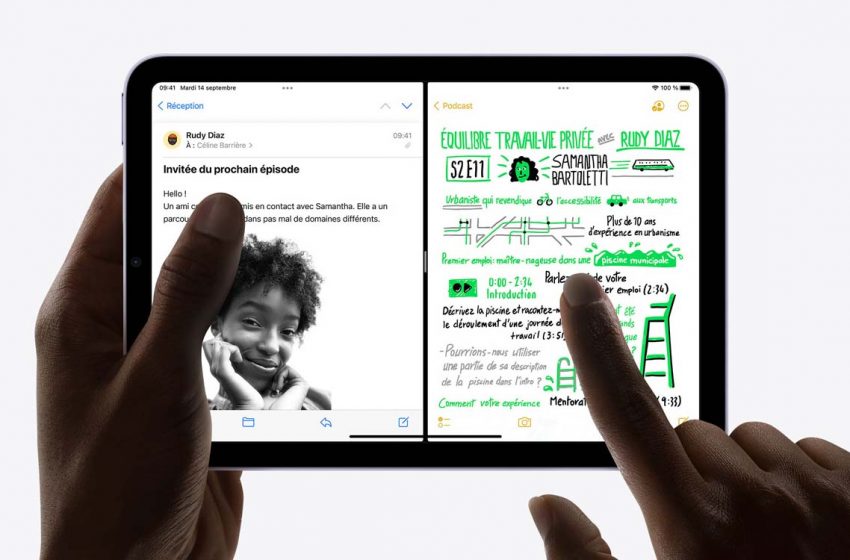 While Apple has just unveiled its new iPad mini 6, leaks are already suggesting major changes to come for the next generation. They could take the best feature of the iPad Pros, the 120 Hz ProMotion screen.

Apple unveiled a new iPad mini 6 in September which brings significant changes from the previous generation. Indeed, we find in particular a design inspired by the iPad Air 4 rather than the iPad mini 5. The tablet in particular saw its screen grow larger, its Home button disappear in favor of a fingerprint sensor on the edge. On the other hand, Face ID is still not available on Apple tablets.

The American manufacturer is already working on the next generation, and it could use the best functionality of the iPad Pros. Indeed, a Korean leaker already announces on the Clien platform that Samsung Display reportedly sent new 8.3-inch screens to Apple, and that these would be compatible with ProMotion technology, which is the name used by Apple for the 120 Hz refresh.

The iPad mini 6 is an excellent compact tablet, but it is far from being free from flaws. Indeed, many users have noticed that the screen suffers from stuttering when scrolling, and others have even mentioned distortion issues.

According to several owners of the tablet, the iPad mini 6 screen would not be smooth when scrolling through pages. As its LCD screen is refreshed line by line, this creates a slight shift which causes an oscillation effect between the left part and the right part. Apple had also declared that this problem was normal, so we should not expect it to be corrected on this generation.

However, a ProMotion screen could come solve this “Jelly Scroll” thanks to the higher refresh rate. For now, we do not know when this iPad mini will arrive with a 120 Hz screen. According to the leaker, it would not be a “Pro” version of the device, and it would still use the same A15 chip already present on the iPad mini 6 and iPhone 13.