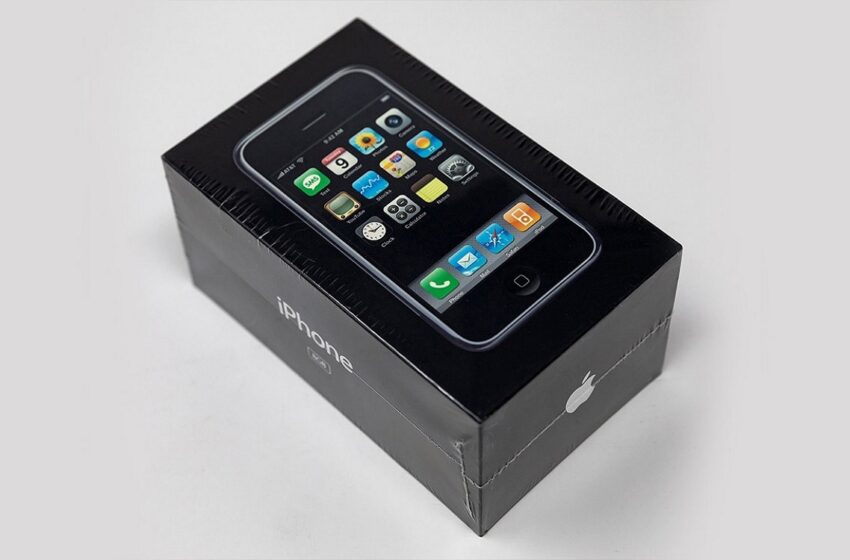 Apple’s original iPhone sold at auction for €40,000 in its box

Older smartphones aren’t usually worth much more than their basic components, but a new iPhone released in 2007 fetched its owner a handsome sum at auction.

If you bought a first-generation iPhone in 2007 and decided not to open it, the product could fetch over $30,000 in today’s auction market. Yesterday, an original unopened iPhone with 8 GB of storage sold for $39,339 (nearly 40,000 euros) at an event organized by LCG Auctions. This is 65 times more than what the product cost in June 2007when it retailed at $599.

As is often the case in online auctions, the bidding got carried away on the last day. The highest bid was only $10,446 on Sunday, but a flurry of last-minute activity pushed the price up significantly before the online auction closed. Last summer, another new copy was also sold for 35,000 euros.

Also read – The PS5 is still not in stock? Participate in these auctions organized by the State

The 2007 iPhone box was intact

The iPhone was in quite rare condition, as it was still in its original box. This was also still surrounded by a plastic blister. ” This first-edition, factory-sealed copy is in exceptional condition,” the ad read. « Virtually flawless on surface and edges, factory seal is clean with decent stitching detail and sealing “.

The original iPhone was a revolutionary device in its day when it hit the market, and helped usher in a new era of smartphones thanks to its buttonless design, massive 4GB internal storage in its configuration entry level and a number of practical applications. Today, the newest iPhone 14 Pro offers even more advanced technology and cutting-edge specs. iPhone 14 lineup offers up to 1TB of internal storagehuge cameras and the sharpest, brightest screen on the market, according to DXOMARK.