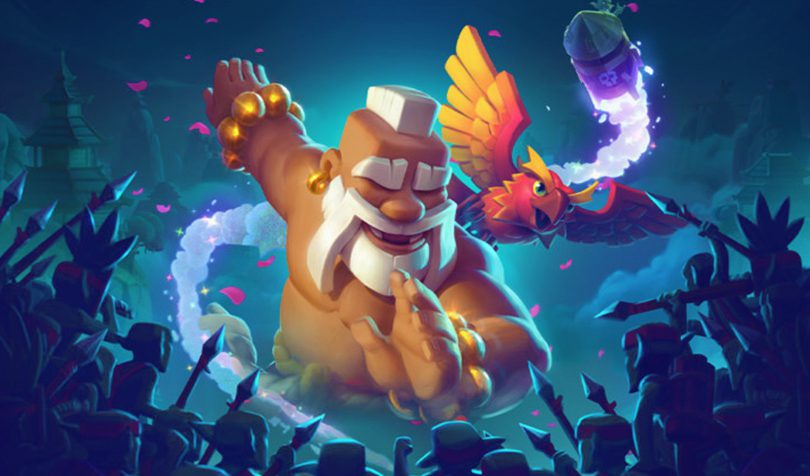 Clash Royale: the Monk and the Phoenix land in the next update

Supercell has just announced the biggest update of the year for its card game, with two new Clash Royale units, the Monk and the Phoenixwhich join the list of cards available in the game. Let’s discover together the particularities of these two units, as well as the other new features of this update.

Clash Royale: the Monk and the Phoenix, the two new cards

Available from October 26, 2022them two new cards of the next update Clash Royale, the Monk and the Phoenix have some interesting features. This should lead to all-new deck compositions to take advantage of their strengths.

The monk is the fifth champ from Clash Royale. Its card costs 4 units of Elixir and can be unlocked from 6,500 trophies. His attack knock three times and knocks enemies back on the third hit. Besides that, his Fortitude ability generates a protective shield for himself and his allies, which reduces incoming damage and reflects projectiles.

On his side, the Phoenix is an air unit that attacks in melee. This legendary card also costs 4 Elixir. Once defeated, the Phoenix burns and leaves behind a damage area which ignites enemies and buildings. Additionally, a phoenix egg appears at the location of its death and if it is not destroyed in time, the Phoenix rises from its ashes with all of its hit points.

Beyond the arrival of Monk and Phoenix Clash Royale cardsthis update welcomes the revamp of the level of the king and the way of the trophies.

So the king level maximum, now different from the level of crowned towers which remains unchanged, goes from 14 to 50. However, this is not strictly speaking an additional 36 levels, but rather more precise slicing to make the more balanced matchmaking. You can see the equivalence of the new levels with the old ones in the image below.

About the trophy laneit will now stop at 7,500 trophies and will no longer be reset at the start of each season. Once you reach the maximum level, you will not be able to gain or lose any more trophies, but you will continue to reap rewards of increasingly higher value.

That’s it for the changes of this gigantic update, with the two new Clash Royale cards, the Monk and the Phoenix, but also the redesigns of the king level and the path of trophies. To discover our cards and decks guides, I redirect you to our Clash Royale tips page.