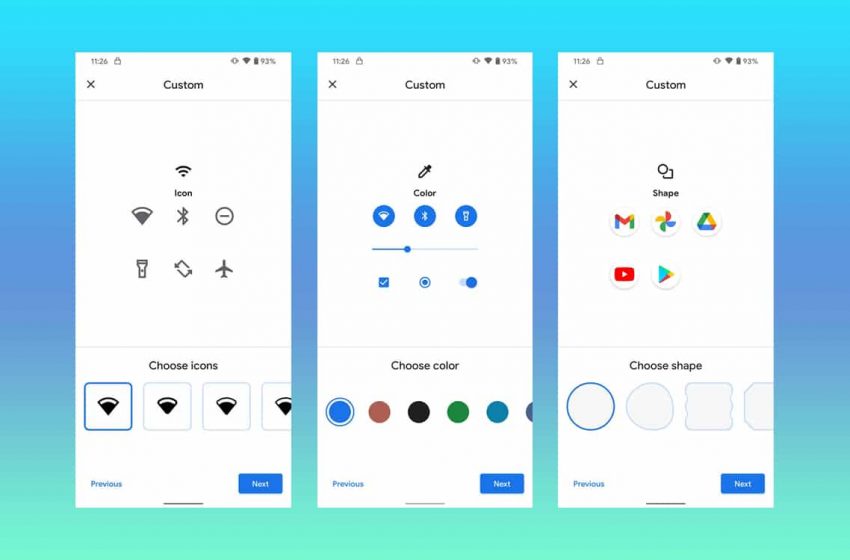 Android 12 beta 3 has just been rolled out by Google. The opportunity for users to see the disappearance of a particularly popular feature. Indeed, the customization of fonts and icons introduced on Android 11 has disappeared. A news that does not really enchant some users.

As you may know, it is possible from Android 10 and the Pixel 4 to change the font, the shape of the icons or the color of its interface. Extensive customization of the interface that can also be found on many overlays available on the market. However, this feature could well bow out on Android 12.

This is in any case what invites us to think of the beta 3 of Android 12, which has just been deployed by Google. Indeed, this system introduced with Pixel Themes app is simply no longer available on the latest version of the Google OS. It turns out that the Mountain View firm has chosen to replace it with a completely different dynamic customization system that offers fewer options, but more consistency and harmony between fonts, icons and background color.

Also read: Android 12 will make you more aware of the duration of calls

Google assumes the disappearance of the customization of Android 11

Of course, some users worried about the disappearance of this feature and called out the bug. But as said above, this is a deliberate choice by Google, as evidenced by this statement by a spokesperson for the company on the Google Issue Tracker site: “The custom styling features (font, icon shape, icon pack, and accent color) in Android 10 are replaced by the new dynamic theming feature that we are introducing in Android 12 ″.

He pursues : “We consider this new dynamic theming function to be more modern and smarter. A simpler and more enjoyable experience that we hope all users can enjoy ”. As you can imagine, some users are not happy with these changes and feel that previous customization options should have been included, alongside the new features offered by Google. Do not worry, however, it is very likely that other manufacturers will preserve this functionality on their respective overlay such as Samsung, Xiaomi or OnePlus.