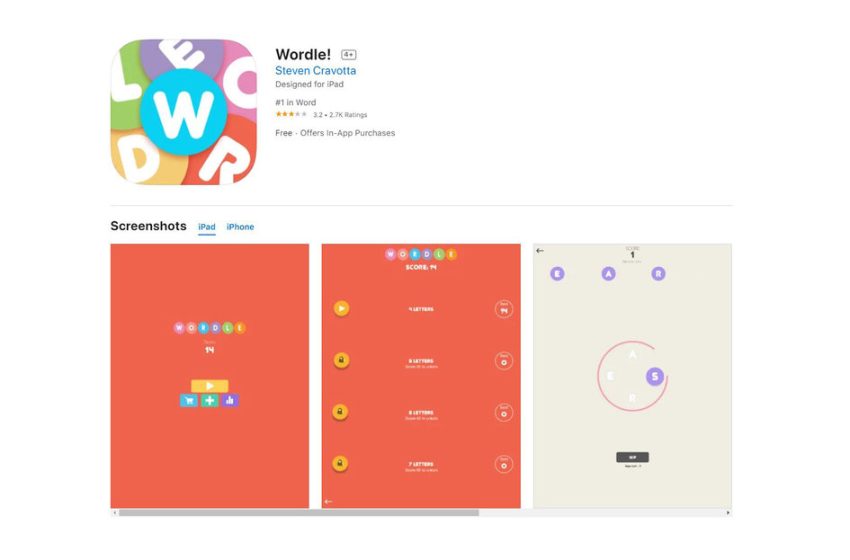 (Pocket-lint) – Steven Cravotta developed a word game called Wordle five years ago, no it’s not that Wordle you play every day, but they do share the same name.

As you can imagine, Steven’s old and largely forgotten app has seen a sudden and huge influx of interest in recent months.

Since this Wordle game predates the new Wordle by many years, it was immune to Apple’s recent elimination of Wordle clones from its App Store.

Steven Cravotta has explained on Twitter that his app hadn’t been as successful as he had hoped when it was initially released “after a few months and about 100,000 total downloads, I stopped updating and promoting” and as as such, its numbers dwindled and the application was left to gather dust.

The new Wordle game is browser-based and has no app, but when it gained popularity and generated lots of media stories, curious gamers flocked to the App Store in search of the new success guessing game.

Here’s how a mobile game I created 5 years ago was suddenly blown up by The New York Times, The Wall Street Journal, and Jimmy Fallon.

Suddenly the old Wordle app was generating revenue again. Not content to sit and count the dollars, Steven decided to contact the developer of the most popular Wordle, Josh Wardle, offering to donate the proceeds to charity.

In the Twitter thread, Steven revealed that he and Wardle chose the West Oakland Boost youth literacy program to receive donations.

Josh Wardle has tweeted : “Steven Cravotta reached out to me uninvited and asked me to donate the profits. It’s a class act and you should follow it.”