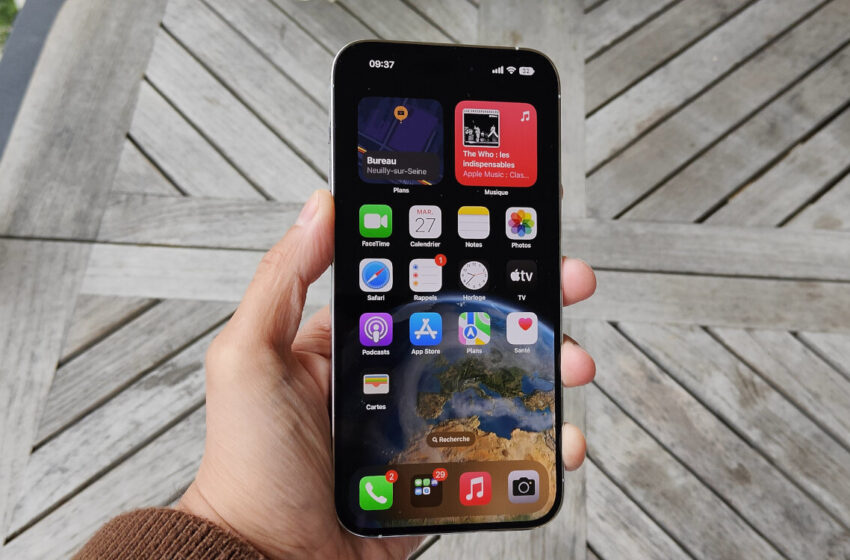 Apple’s restrictions on the iPhone may finally come crashing down thanks to new rules imposed by the European Union. The Digital Markets Act has been enacted, and will soon force manufacturers to open up to competition.

Since the release of iPhones, Apple has always imposed many restrictions on users. iMessage for example only works between iPhone, while users can only download applications from Apple’s official store: the App Store.

This may change in the future as the EU Digital Markets Act comes into effect. Although companies like Apple are not required to comply immediately, the law could force Apple to tear down the walls of its ecosystem and allow iOS users to access third-party app stores and even sideload software.

Apple may have to open up to competition

According to the Digital Markets Act, smartphone makers will have to allow users to install third-party app stores. This would, for example, allow iPhone owners install the Google Play Store on their deviceand download applications on it.

Apple should also having to accept the installation of applications outside the official stores, that is to say via APKs. This technique, called sideloading, has always been considered a danger for Apple. The American giant also openly recommends Android if you want to indulge in such practices.

Such a change would be a real revolution for iPhone users, who could, for example, find the game Fortnite, which had been banned from the App Store last year. It’s still possible to enjoy the title for free from the Xbox Cloud Gaming, but the application itself could well make a comeback as soon as Europe forces companies to comply with the law.

As our colleagues at MacRumors note, one of the other new additions to the law that requires interoperability of messaging, voice calling, and video calling services. This means that other companies can ask for iMessage interoperability from Apple, which could force Apple to play the game with RCS messages.

As a reminder, Google has been trying for several months now to force Apple to adopt RCS on iMessage. The latter has always refused, and even believes that users should replace their Android smartphone with an iPhone to improve their native messaging experience. The new interoperability rules also theoretically mean that Meta apps like WhatsApp or Messenger might ask to interact with iMessage.

Apple has just over a year to comply

Companies have until May 2, 2023 to make changes to avoid being designated as a “gatekeeper”. The latter are companies, like Apple, that are large enough to have an impact on the entire market. They must also control an important gateway for companies trying to reach consumers (which the EU says means 45 million monthly active users and at least 10,000 active business accounts per year). Finally, the company must occupy ” a solid and lasting position », that is to say, having fulfilled the first two criteria for at least three years.

As you may have already noticed, Apple meets all the criteria to be considered a “gatekeeper” company. The European Union will carry out a market assessment in July. The name of the “gatekeepers” will be announced on September 6, 2023 and they will be asked to comply with DMA guidelines by March 6, 2024.

Obviously, if the offending companies do not do this, they are liable to fines. These will correspond to 10% of their worldwide revenue, which for Apple would be around $30 billion. It would therefore be the largest fine ever imposed on a company by a world government.

We imagine that by then, Apple will be forced to comply with the law. More recently, the European Union formalized new legislation that will require most personal electronic devices to switch to USB-C for recharging and data transfer, and Apple has already declared that it will separate well from its proprietary Lightning connector for its next smartphones.