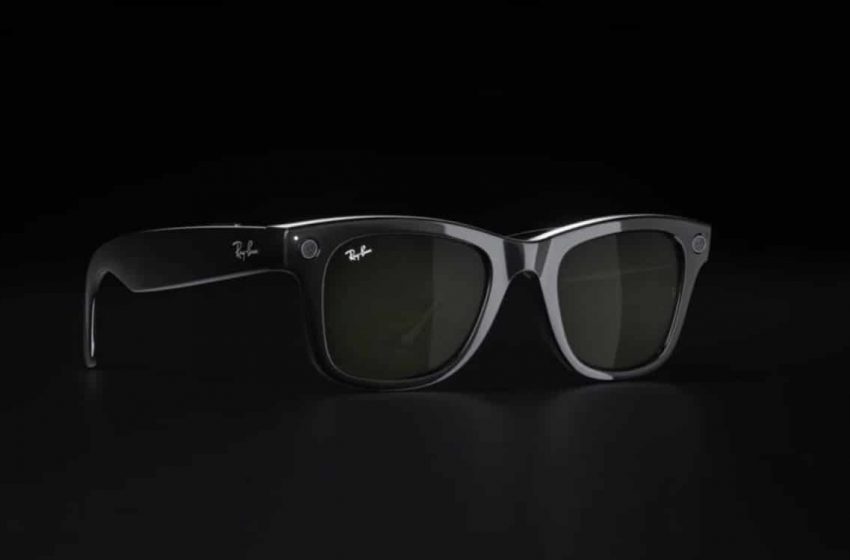 Facebook has just announced the Ray-Ban Stories, connected glasses similar to Snapchat’s Spectacles 3. The glasses allow you to take photos and record videos without a smartphone. Sold from $ 299, they will carry security designed to protect the privacy of users.

Facebook and the Ray-Ban brand (EssilorLuxottica) have just launched “Ray-Ban Stories”, a pair of connected glasses. Please note, these are not augmented reality glasses. The accessory essentially allows you to take photos (thanks to a dual 5 megapixel sensor) andrecord videos (up to 30 seconds) without having to take your smartphone out of your pocket.

These glasses “Allow you to take authentic photos and videos, share your adventures, listen to music or make calls”, details Facebook. They are therefore very close to Snapchat’s Spectacles 3 glasses, which have failed to meet with success. To take a photo or start video recording, simply press the record button on the mount or contact Facebook’s voice assistant.

Aware of users’ fears, Facebook has put several measures in place to protect the privacy of users. The social network has integrated a switch on the mount that allows you to block the camera. Similar security has been incorporated on Facebook Portal, the group’s connected speaker. Portal is indeed equipped with a cover, which can be slipped in front of the camera.

What’s more, “A built-in LED light tells people nearby that you are taking a photo or video”. Facebook wants to prevent people from being filmed without their knowledge. “He Also, people all around need to be comfortable with the fact that these are connected glasses and that they know when a recording is in progress ”, says Hind Hobeika, product director in the Facebook Reality Labs division. To charge the glasses, simply slip them into the charging case. This pouch offers a maximum autonomy of three days.

Facebook connected glasses will be available in 20 variations (solar, optical, etc.), including cult Ray-Ban designs. The accessory will be marketed priced at 299 dollarover the United States, Australia, Canada, Ireland, Italy and the United Kingdom.