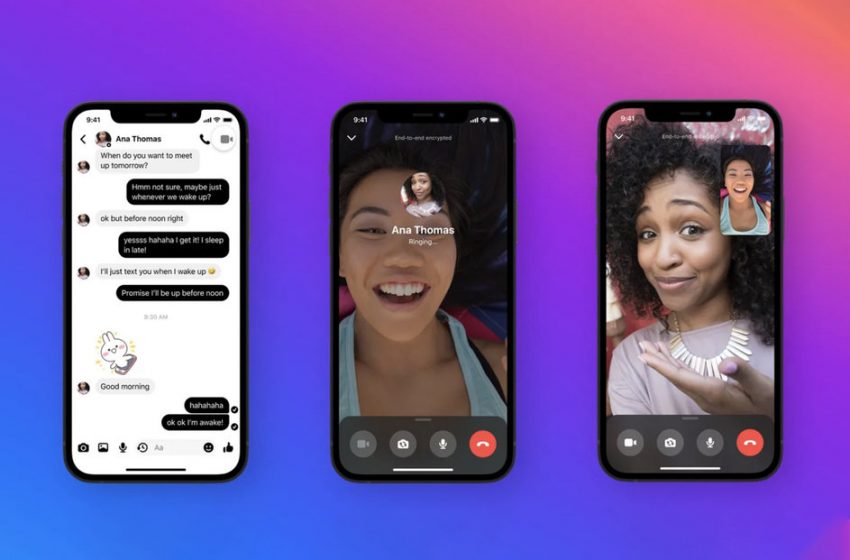 Facebook started testing end-to-end encryption in 2016 – when it added a feature mysteriously named ” secret conversations “to its Messenger mobile app which offered the – admittedly buried – option of securing one-to-one text conversations with end-to-end encryption. Over the past year, Facebook said it has noticed an increase in the use of audio and video calls. video, so it upgrades this chat mode so that you can secure your voice and video calls, if you want.

The social network announced in a blog post on August 13, 2021 that Facebook Messenger now sees more than 150 million video calls per day, so it is rolling out end-to-end encryption for voice and video calls as well as more features for the disappearance of messages. Keep in mind that Facebook owned WhatsApp has a long history of securing voice and video calls with E2EE, preventing anyone except a sender and a recipient from seeing or hearing the encrypted data.

There have been several reports over the years of Facebook’s potential adoption of an end-to-end encryption system across all of its messaging apps, including WhatsApp, Messenger, and Instagram. But, to date, the social network has unfortunately not yet introduced such a unified functionality.

Facebook, however, announced on Friday that it was performing a limited beta test on Instagram. In this trial, some users will be able to sign up to E2EE for direct messages – so this is a start. Facebook Messenger also benefits from additional E2EE testing features. Some Messenger users will see an option for end-to-end encrypted group chats and calls between “friends and family who already have an existing thread or are already logged in”.

Finally, when it comes to updating messages that disappear in Messenger, Facebook is introducing more options to choose when a message expires. You will now see between five seconds and 24 hours. It originally offered one-minute, 15-minute, one-hour, four-hour, and 24-hour increments.

Everyone on Facebook Messenger will see this messaging update disappear, along with end-to-end encryption for voice and video calls.