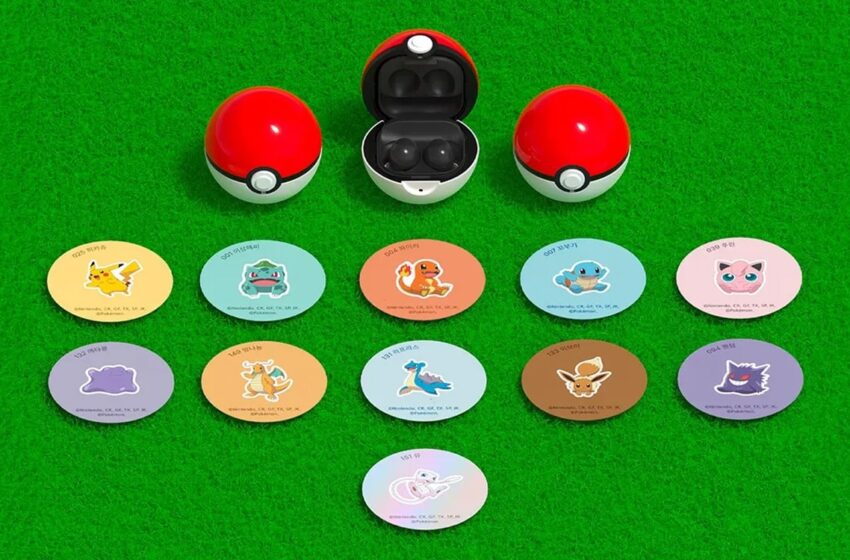 Galaxy Buds 2: the new Pokémon limited edition has a surprise in store

Clearly, Samsung is not done with Pokémon. After launching a special edition of the Galaxy Z Flip 3 in the colors of the license, the manufacturer has just unveiled a new Pokémon limited edition for the Galaxy Buds 2. And good news for fans, there is a surprise concerning the case.

In April 2022, Samsung launched a special edition Galaxy Z Flip 3 in Pokémon colors on the South Korean market. This limited version came with a box full of goodies, with a transparent Pikachu shell, a Pokémon pouch with strap, a Pikachu keychain, a Poké Ball-shaped stand and several stickers bearing the image of the most popular Pokémon. popular 1st generation like Pikachu or Charmander.

This edition had hardcover, since it ran out of stock in just 20 minutes! Building on this success, Samsung has decided to renew the partnership with Nintendo on another product: the Galaxy Buds 2, its latest entry-level headphones with active noise reduction.

As revealed by our colleagues from the SamMobile site, the Seoul firm will launch a new special edition of the Galaxy Buds 2 in the colors of the license. This version, soberly called Galaxy Buds 2 Pokemon Monster Ball Cover Package, seems less generous in goodies than the special version of the Galaxy Z Flip 3.

Would you like a Poké Ball as a case?

Nevertheless, buyers will be able to a small bonus that will delight fans. In effect, Samsung will also offer a Poké Ball-shaped shell for the charging box! Note that this is just a cover, nothing prevents you from using the charging box separately, if you think the cover is a little too flashy for your taste. This special edition will also come with 11 stickers featuring Pokémon from the 1st generation like Pikachu, Bulbasaur, Charmander, Squirtle, Jigglypuff, Metamorph, Dracoloss, Lokhlass, Eevee, Gengar, and Mew.

According to the South Korean media Mail Economic Daily, this limited edition offered at around €100 quickly found a buyer, since the stocks were exhausted after about twenty minutes. Unfortunately for French fans, Samsung does not offer this special Pokémon version of the Galaxy Buds 2 on its French store. All that remains is to hope that it one day finds a way to the French market.