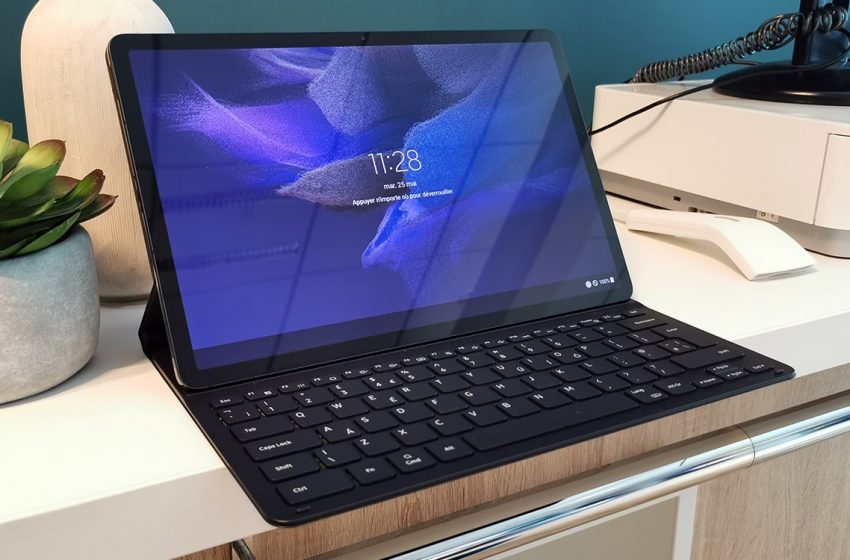 Samsung announces a new Galaxy Tab S7 FE. Unlike the version presented in spring 2021, this tablet does not have a 5G modem. But it benefits from a more powerful processor, the Snadpragon 778 from Qualcomm. The launch is scheduled for September 1 from 599 euros.

A few days ago, Samsung invited French journalists to discover the novelties of the Unpacked conference. The Galaxy Z Fold 3. The Galaxy Z Flip 3. The Galaxy Buds 2. The Galaxy Watch 4. The Korean brand took the opportunity to announce the arrival in France of the Galaxy A52s, replacing the Galaxy A52. The brand presents this phone as “the most powerful Galaxy A”. It is indeed equipped with a new processor, the Snapdragon 778 by Qualcomm. This smartphone will be released on September 1, 2021. Its price will be 459 euros.

Galaxy Tab S8: Samsung would bet on the Snapdragon 898 instead of the Exynos 2200

But the most important difference between the two versions is the processor. The Galaxy Tab S7 FE 5G is integrated with the Snapdragon 750G, while its WiFi version only benefits from the Snapdragon 778, the same that equips the Galaxy A52S. According to Samsung, the power difference between the SD750G and SD778 is 40% (overall between CPU and GPU). This is funny. We put ourselves in the shoes of the buyers of the Galaxy Tab S7 FE 5G who learn that a more powerful WiFi version will be available in a few days.

It is more powerful, on the one hand, but it is also cheaper. Indeed, the Galaxy Tab S7 FE WiFi will be sold at 599 euros in 4 + 64 GB version, against 669 euros for the 5G version. Ouch. A second configuration will also be on sale, with 6 GB of RAM and 128 GB of storage. It will be offered to 649 euros, against 719 euros for the 5G version with equal configuration. For the rest, there is no difference: 12.4-inch Quad HD + LCD screen, AKG dual speaker, S-Pen compatibility (stylus included in the box), 10,090 mAh battery (charger also included).