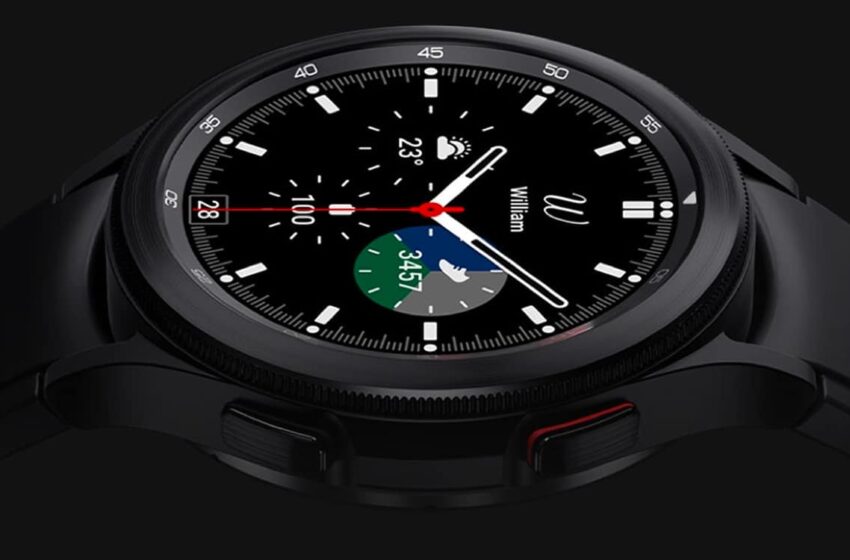 Samsung has just rolled out another beta update to One UI Watch 4.5, available on the Galaxy Watch 4 and Watch 4 Classic smartwatches. This new version only corrects several bugs reported by users.

While we got a first look at One UI Watch 4.5 in early July 2022 thanks to a post from reputable leaker Evan Blass, Samsung has only just deploy a new beta version of its future overlay.

specify that the stable and final version is expected for September 2022and that it will notably equip the new Galaxy Watch 5 and Watch 5 Pro. Samsung’s next connected watches were officially presented on August 10, 2022. Among the main improvements, there is a considerable increase in autonomy, up to 80 hours of use with the Watch 5 Pro thanks to its 590 mAh battery. Concerning the standard model, it will be necessary to be satisfied with an autonomy of 50 hours. Samsung also promised superior performance, up 27% according to the South Korean firm.

Samsung fixes the last bugs before the final version of One UI Watch 4.5

But back to the latest beta of One UI Watch 4.5. Accessible on the Galaxy Watch 4 and Watch 4 Classic, this new build fixes several bugs reported by users and present on previous beta versions.

First, Samsung fixed an issue that caused on-screen text to disappear when auto-suggestions are enabled. Then, the reset of the watch that could occur in Watch Only mode during exercises has also been fixed.

The changelog also mentions the correction of a problem in Energy saving mode. Indeed, the device automatically exited this mode when it was charging and the battery level exceeded 15%. Via this new beta, the watch will remain in power saving mode as long as the user does not manually deactivate it.

Finally, and concerning owners of Galaxy Watch 4 and Watch 4 Classic with an LTE connection, this version fixes a problem that prevented the reception of disaster alert messages larger than 255 bytes. Let’s add that the Flashlight application has also been updated. Overall, the changes made are fewer than on previous beta versions of One UI Watch 4.5, which suggests the imminent arrival of the stable version of Samsung’s overlay.